they're gettin' me through {THE BOSS} 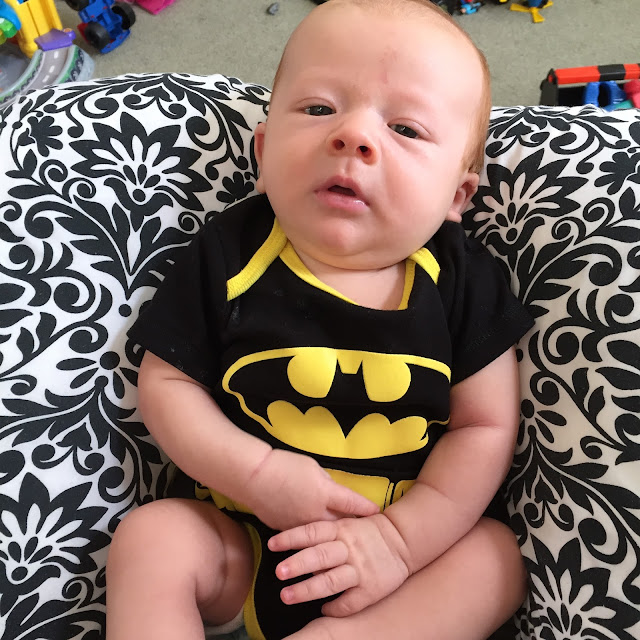 {p.s. this onesie has a cape.
and shoes with capes. i thought you should know.
the end.}
...
kiss my cheeks.
do it.
just once.
2 hours later...
ok, now you can put me in my crib for a nap.
and that's basically our routine.
every day.
which means when my printer is out of ink because i still haven't accomplished anything,
like refilling print cartridges and stuff like that,
not even with all three of my kids in school for several hours twice a week at the same time,
i STILL have to call my friends to print athleta return labels off for me on their printers.
ain't no shame.
and how long does "i just had a baby" work anyway???
p.s.
athleta city jogger pants.
wowza.
when kara said "oh they'll get ya through" with a smirk on her face,
i didn't think she was all that serious about not wearing anything else.
we're on day 6 here folks,
DAY 6.
and i just caved and bought a second pair in a second color because how else am i gonna wash this one pair if i can't be wearing them at the same time?
impossible i say.
impossible.
so yeah,
they're gettin' me through.
HOLEY SWEET MOLEY,
they're gettin' me through;)
Posted by Em at 5:50 PM 1 comment: Links to this post 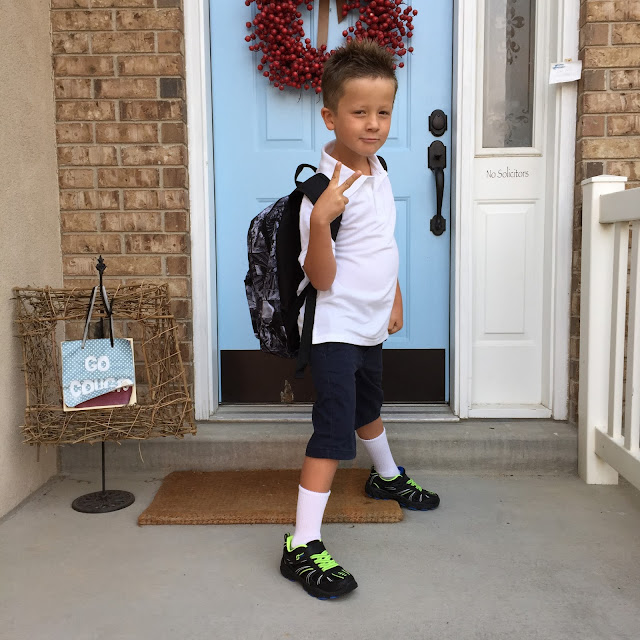 {when i was pregnant with you, i was teaching 2nd grade.
i can't believe you are IN the 2nd grade!}
...
i got up before you.
made you pancakes.
packed your lunch, with a drink in your thermus {remember this for later},
put it in your backpack.
and then i woke you up.
you were in such a cute little mood.
told me you loved me,
and that i was the "best mom ever."
{you don't say that after school when i'm trying to make you do your homework. ehem}
after breakfast i helped you get dressed.
your shoes light up,
and so you spent 5 minutes stomping around the entire kitchen trying to get them to keep lighting up.
i looked at dad and said, "hope those batteries go out fast."
and then i decided i wouldn't put your shoes on so early from now on.
i was smarter this year and left 15 minutes for pictures on the porch.
this is absolutely my FAVORITE part of the first day of school.
FAVORITE!!!
you wanted me to take some pictures of your backpack too.
and then of course you had to see them.
you smile like your dad,
and i think it's the most handsome thing i've ever seen.
then susie and i drove you, cade, and cassie out to school.
we walked you in,
and i could TASTE the buzz of the first day of school.
you waved at everyone you hadn't seen all summer,
and went into class like it was no big deal.
then i bribed you with "the famous" cookies when you got home
to make you sit still and tell me all about it.
you told me you didn't remember as much german as your teacher was speaking,
just a little bit,
which meant you didn't have to worry about getting in trouble for talking at all
{that part made me laugh},
and then you said that your english teacher was the nicest ever,
and that you got in trouble for talking in there,
{this part made me laugh even more}
when i went through your backpack i found a soggy box of erasers,
and that's when you told me your thermos leaked ALL over EVERYTHING we had bought you for school this year, but that that good woman of a teacher you have said it was no big deal, and she would just dry them all out. i loved her right away.
then you told me about how the boys vs girls on the playground game was working this year,
and that it was different than last year, but that mostly meant that there was just more chasing.
and could you leave and go get cade now?
and that was what i remember about your first day of second grade. 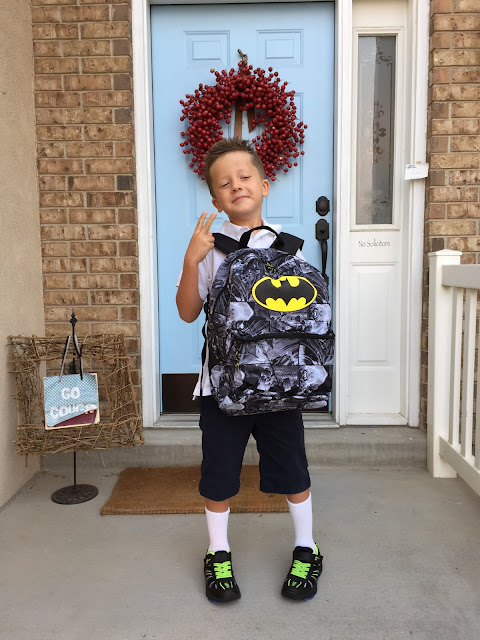 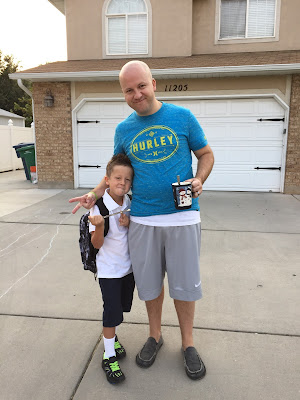 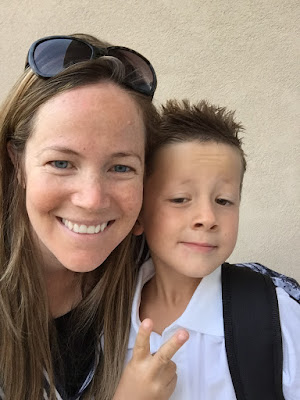 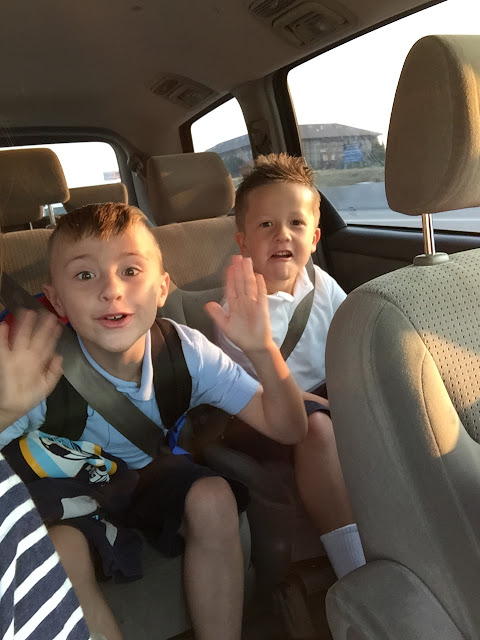 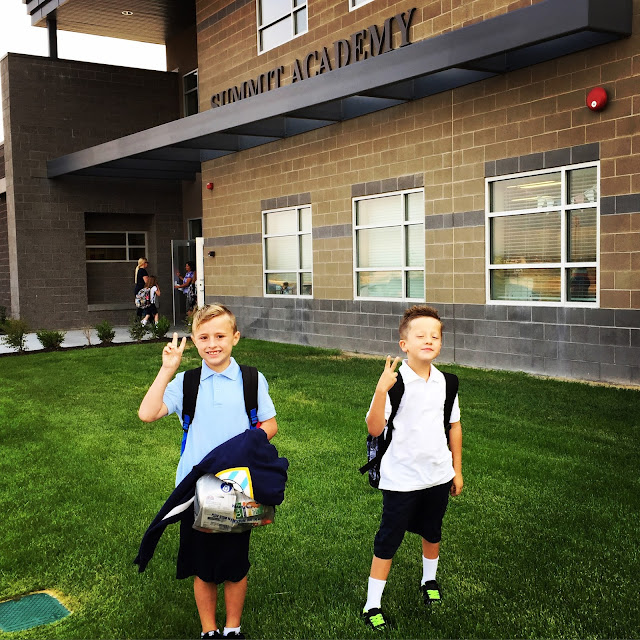 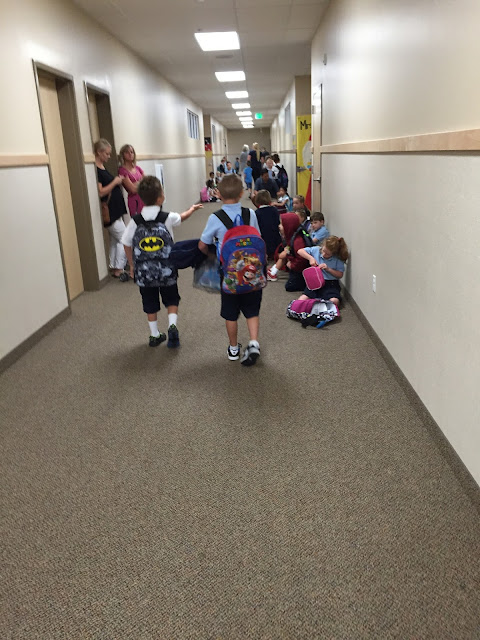 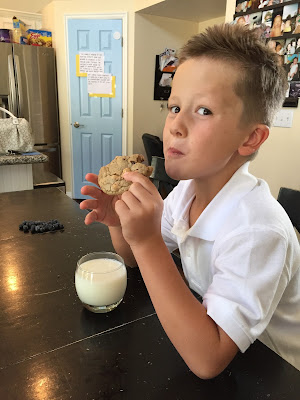 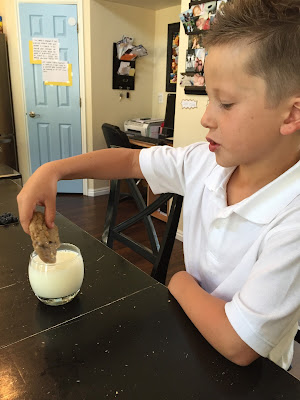 also,
you haven't lost one darn tooth.
not a single one.
but you're shark teeth are pretty freaking fantastic in spite of it. 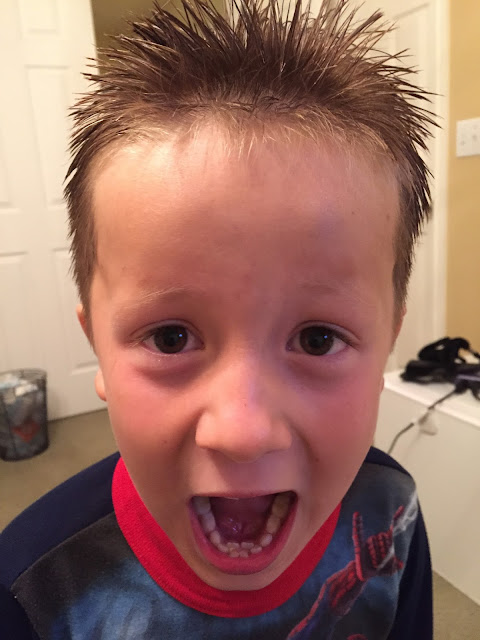 and you're wearing WHITE pants 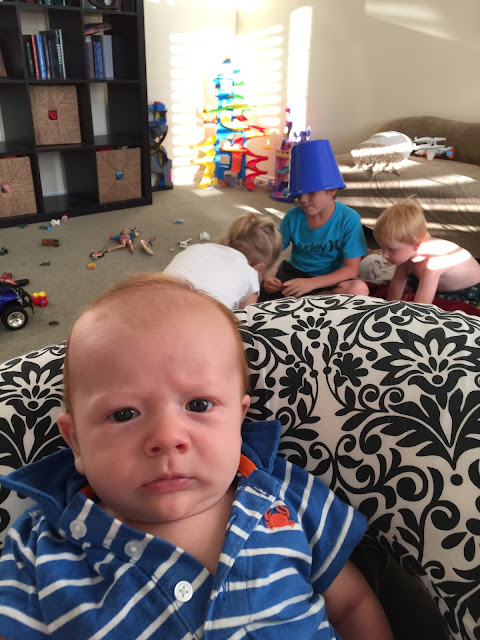 that moment when you look down and realize you've just been pooped on.
and you're wearing WHITE pants.
yep:)

sufficiently scarred for life, with big fat smiles on our faces 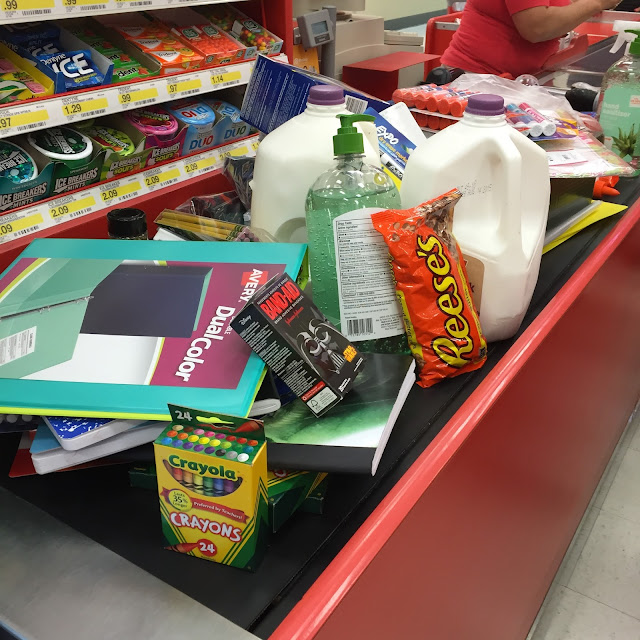