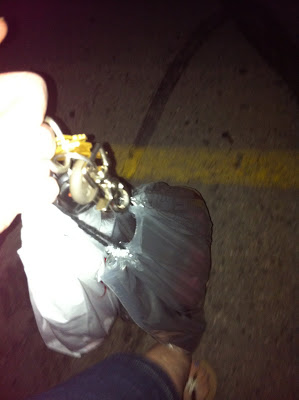 went shopping tonight after the kids were in bed.
weird.
the shopping part.
found a red shirt for family pictures on saturday.
tried on a pair of jeans.
didn't know my size.
picked a pair too big.
felt better than trying a pair too small.
i told the girl in the store it had been awhile since i had shopped.
when she asked me how long it had been,
i said 2 years.
she looked at me like i was crazy.
i sounded crazy to me, so it was a fair look.
then as i was trying everything on i thought,
"really, has it been that long?"
really, it HAS been that long.
which may not be long for some,
but it's an accomplishment for me.
and it feels really great.
to not shop.
and then to shop with a set of brand new shopping eyes.
the kind that blink "budget" in the reflection.
Posted by Em at 9:02 PM 6 comments: Links to this post

Email ThisBlogThis!Share to TwitterShare to FacebookShare to Pinterest
Labels: budget

while nursing a baby in the back of the house,
the following occurred in the front of the house... 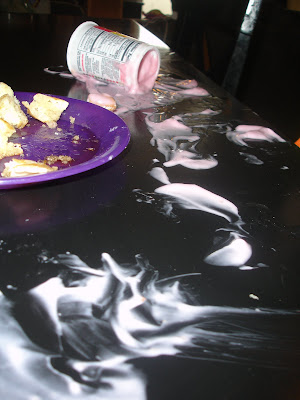 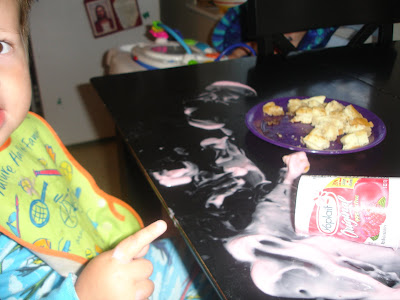 and i quote,
"feed the baby all of the vegetables before the fruits b/c the baby won't eat the vegetables if you give them the fruit first."
wrong.
in fact, i think the squash may be her favorite,
even over the bananas she's had the last 3 days.
team mom-1 point
yes:-) 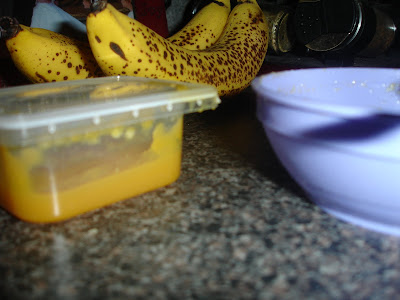 however,
our morning outings have caused the toddler to refuse a nap for the 3rd day in a row now.
i can't decide if i want to go out in the mornings more than i want him to take a nap.
i guess by going out the last three days i've chosen.
team kid-50,000 points 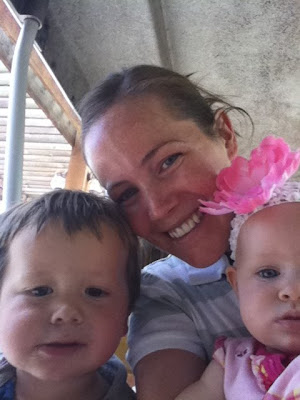 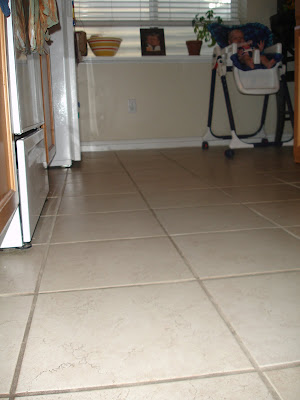 every day this week i've told myself that i was going to sweep and mop my floors the second children are down for naps or asleep for the night.
but every day milk spills, taco meat falls, or water drips from swim suits and i think,
"i'm so glad i didn't take the time to mop!"
i thought about that as i was on my hands and knees tonight picking up cheese and meat from underneath the chairs.
i felt so smart,
having not mopped:-)
Posted by Em at 6:11 PM 5 comments: Links to this post

Email ThisBlogThis!Share to TwitterShare to FacebookShare to Pinterest
Labels: household 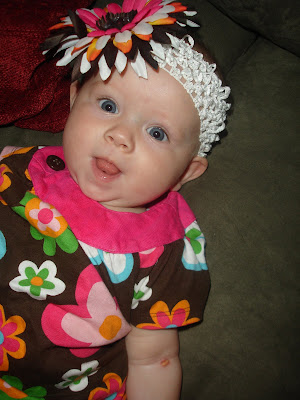 look at her elbow crease,
it's what i'm talking about;-)
the hot shot was wrong.
it wasn't pilomatricoma.
it doesn't need to be removed.
it will go away in 3 to 4 years.
victory never smelled so sweet.
yet when they told me it wasn't pilomatricoma i sat there feeling like i should be defending it.
like, "well, that's what hot shot said, are you sure it isn't? are you sure it's this new thing? are you sure it's going to go away?"
then i realized i was defending hot shot.
and probably insulting their experience, but i'm paying them whether i get my questions answered or not, so i might as well ask them.
so i said to myself, "self, this is your second opinion. listen to it."
ta-da.
big sigh of relief.
no surgery.
no under the knife.
goes away.
why am i defending pilomatricoma hot shot?
b/c it makes me wonder if anyone really knows anything.
it's not painful.
it's not bothering her.
this is good.
now i can go back to feeding my daughter fruits and veggies in the wrong order.
did i mention they gave me a paper with the name and said, "this is so you can google it."
but not in a snotty way.
plus, they introduced themselves (the intern and the doc)
AND
used my name,
AND
used the now 5 1/2 month old's name.
they had me at hello:-)
really though, i think i might just have to have "GOOGLE" tatooed across my forehead.
since it's already there and all.
by the way, her bumps are Juvenile Xanthogranuloma.
go ahead, google it;-)
...
p.s.
my pride almost left this part out.
her bumps have changed color in the last month.
when hot shot saw them they were white.
pilomatricoma white.
they are now yellow.
xanthogranuloma yellow.
still.
i don't like hot shot.
Posted by Em at 3:00 PM 7 comments: Links to this post 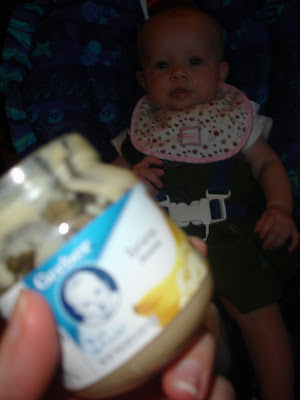 with brennan i remember reading that you have to feed them all of the vegetables BEFORE any of the fruits.
or else they won't eat the fruits.
bull-honky.
we're eating them in whatever order we feel like this time.
the sweet potatoes have max in NEED of bananas, if ya' get ma' drift.
maybe some rice cereal too. 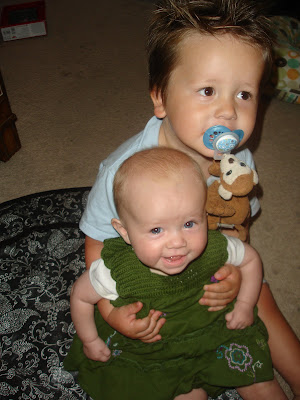 because really, before "the books" mother's MUST have been at a lost for raising children.
they couldn't have POSSIBLY known what was good without an EXACT way to do everything.
babies MUST have starved.
and been neglected.
or maybe there's more than one way to do things.
wait, THERE'S an idea!!!
...
max is headed for her dermotologist consult today up at the big PCH.
let's hope this one goes better than the last.
Posted by Em at 6:24 AM 9 comments: Links to this post 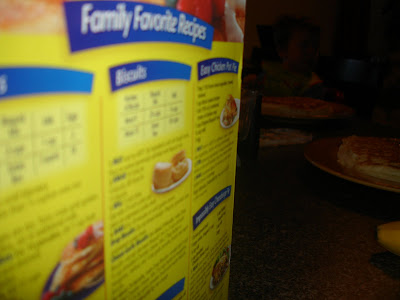 every week we make it the way the box says.
every week we get the same amount.
3.
i like mine golden brown and gooey in the center.
the gooier, the better.
just don't give me one all the way cooked.
it's just not as exciting. 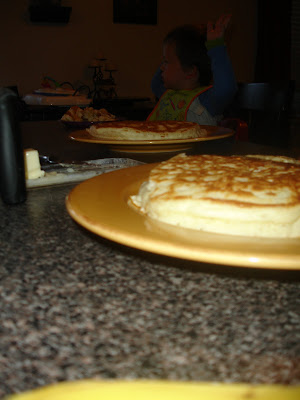 but the box says we are supposed to get 14 out of it.
14!
and we get 3.
granted they want you to make them smaller than a floppy disk,
and we like them to rim the plate.
kinda like how i went to the store last night for bananas and milk, but came back with everything i needed to make dinner for a week.
and Popsicles b/c we were out.
and even though it wasn't "on my list,"
it was "on the list" in my head.
the running one that is constantly adding and removing items.
the one that i cannot accurately remember every item on every time i go,
which is why it is ever adding and removing.
it would be much easier to just write it down,
but then i would have to commit it to the list.
it's so much more of a "sus" when it's not "on my list."
kind of like getting 3 pancakes when you're supposed to get 14.
wait, i dont' think it's the same...
Posted by Em at 7:56 AM 3 comments: Links to this post