january thaw {if i were a GLEE episode} 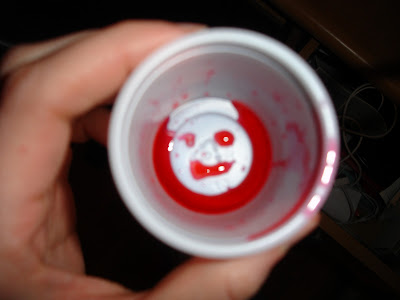 two nights ago i took some cough medicine.
when i looked down into the cup,
i felt like forest gump.
or something.
you know, when he wipes the mud from his face on a yellow t-shirt and the guy gets an idea for the smiley face t-shirt?
i knew no one would believe me,
so i took a picture.
turns out max had an ear AND an eye infection.
guess that explains why she hasn't slept in two nights.
hooray!!!
i get excited and clap (really i do) when they tell me it's an ear infection.
or strep.
or something that can be cured by antibiotics.
i love it when they hand me that golden paper with their john hancock.
i proudly carry that thing right out the door.
feeling so accomplished.
i brought my kid in.
and she actually has SOMETHING.
a bonified illness.
with a name!
not just some viral thing that should be gone by next week.
an ear infection!
an eye infection!
with an antibiotic to go with it!
go me:)
go max.
on the way home the sun came out.
my car thermometer read 41*.
the good ol' january thaw.
i rolled down my window.
smelled the fresh air.
felt the sun on my skin.
the kids were playing peek-a-boo and giggling behind me in the back.
such a great break.
the break my inside has been waiting for since this january began.
here comes the sun little darling...
if i were a GLEE episode,
that would have been the song i would have been singing.
and the kids would have been doing a dance routine in the back.
probably holding suns over their heads.
or maybe max would have an obscenely large sun bow on her headband.
with bieber in sunglasses.
on a surfboard.
maybe max could be the shark...
something really cheezy like that.
i hear there's snow in the forecast,
and despite all of my winter whining,
i can always get excited about fresh snow.
especially after a day of sunshine.
it tricks me into forgetting all of the doom and gloom of being couped up.
and makes me think,
hey, this winter thing isn't really that bad!
here comes the snow little darling...
and the amoxicillin. :)
enter dancing snowmen and fake snow from the right.
dim lights.
begin singing.
once there was a snowman, snowman, snowman,
once there was a snowman, tall, tall, tall...
wait a minute!
where's the sun???!!!
SOMEBODY CUE THE SUN!!!
Posted by Em at 8:07 PM 7 comments: Links to this post 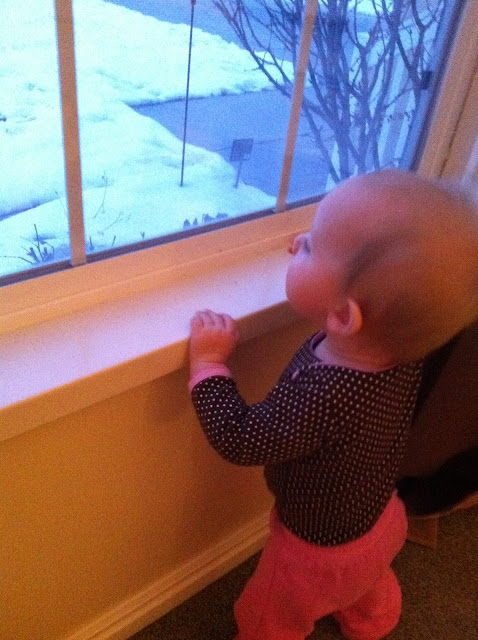 january and i are not getting along.
i vote to delete the entire month.
all in favor?
I.
max was up all night.
for the second night in a row.
when i say all night,
i mean from 12:30am-5am.
good news is that i finally figured out why.
this morning.
at 6:45am.
a tooth.
hooray!
tried to nurse her back to sleep.
worked for an hour.
then brennan was up.
went in to get him.
he hit max in the face.
awesome way to start our day.
left him in bed for a timeout.
where he cried and coughed so hard that he puked.
on me.
when i went in to get him.
again.
awesome.
especially since i was already dressed for the day.
b/c i was up early and feeling productive.
changed my clothes.
the hair was saved this time.
now both kids are crying and climbing on me.
cleaned up puke on carpet.
wiped brennan's tears.
carried both down the stairs.
looked at the clock.
8:20am.
that's it???
come on january,
you can do better than this.
Posted by Em at 7:53 AM 10 comments: Links to this post 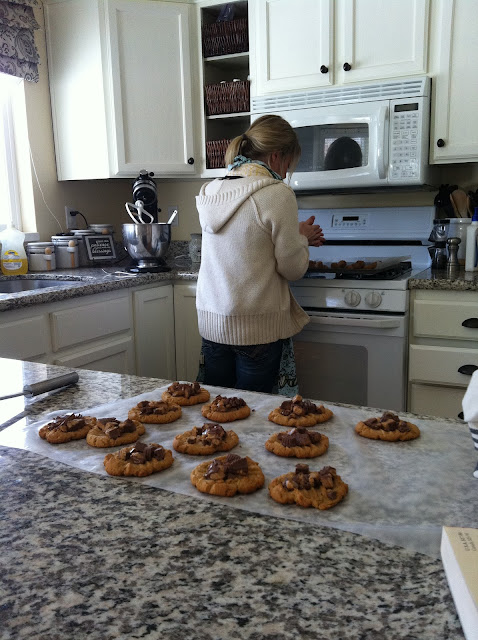 i love it when beth comes to my house and bakes:)
Posted by Em at 11:38 AM 9 comments: Links to this post

Email ThisBlogThis!Share to TwitterShare to FacebookShare to Pinterest
Labels: baking

the doorbell does it for me every time. 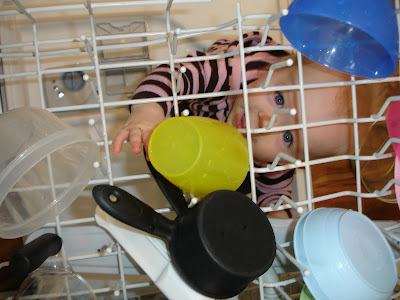 the ups man makes my heart flutter.
not b/c he's cute.
i actually didn't even see his face.
ok, he doesn't really make my heart flutter.
but man oh man, that doorbell does it for me EVERY TIME.
i just love getting a package.
even if i have already tracked it 3 times, knowing exactly when it was going to arrive.
so the ups man is climbing back into his truck.
max's carseat is on the doorstep.
and i get to open my front door for 15 seconds of fresh air.
hoisting my gold back into the house.
one fresh of breath air.
or, one breath of fresh air.
whichever.
and you want to know what i'm thinking?
man, those shorts he's wearing must be cold.
and as i'm turning to close my door,
i realize he has no door on his brown truck.
man, i'll bet that man is cold.
Posted by Em at 2:37 PM 11 comments: Links to this post

Email ThisBlogThis!Share to TwitterShare to FacebookShare to Pinterest
Labels: in my head 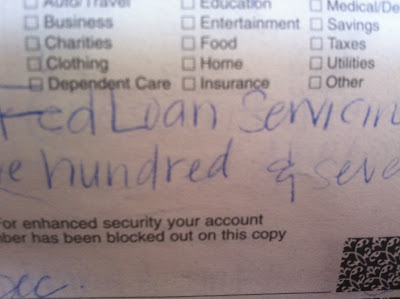 i hate writing this check.
however, it is so satisfying to write it.
every month.
twice a month.
i write it out.
and i send it off with all of my hate.
knowing that they will not shackle us for 30 years.
it will only be 10.
or less.
let's hope:)
my words for 2011?
PAY OFF FEDLOAN.
(and uhea).
but i hate them less.
b/c we owe them less.
...
doesn't she look like brennan in this picture?? 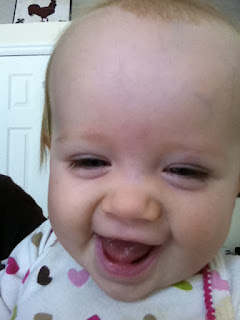 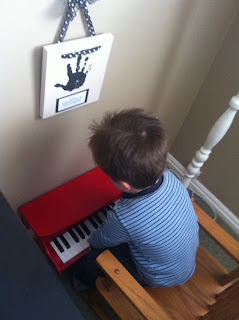 it's a pity i'd already showered. 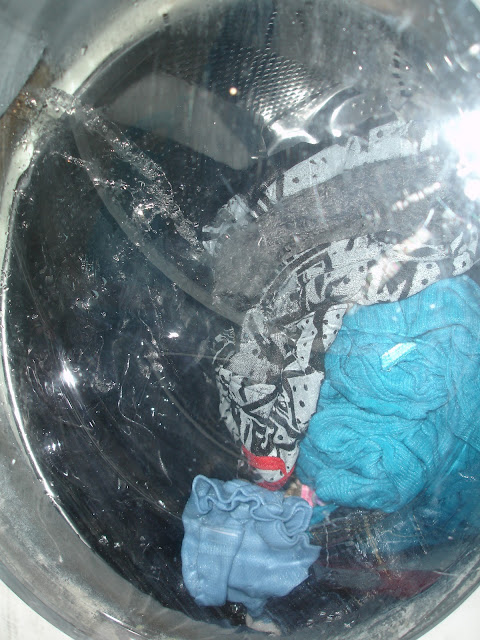 at 12:15pm today,
bieber fever and i stood in front of the onion and napkin dispensers at costco.
where he puked 3 times down the front of me.
after he had drank half of his berry smoothie.
and taken 4 bites of pizza.
it was not awesome.
imagine niagra falls,
but purple.
i held my head away from the target, eyes closed, holding my breath, still holding him.
hoping that my already zipped up coat would keep the puke from going down my shirt.
and make less of a scene.
it was in vain.
oh please, just say my hair was saved.
this is what i was thinking.
nope.
it was not so.
good thing we'd just bought motrin.
b/c between crying and breathing, he said he needed some.
we drove home drenched and stenched.
it was gross.
i stripped us both down naked in the laundry room when we walked in the door.
threw everything we had on in the wash.
grabbed a coat so my neighbors couldn't see me walking upstairs naked.
locked the baby in our bathroom with me.
and took another shower.
hair and all.
there was no salvaging.
gave bieber his medicine.
nursed max.
fed max.
put a movie on for brennan.
who still has no pants on.
i feel better now:)
it's just a pity i had already showered this morning.
Posted by Em at 12:44 PM 14 comments: Links to this post 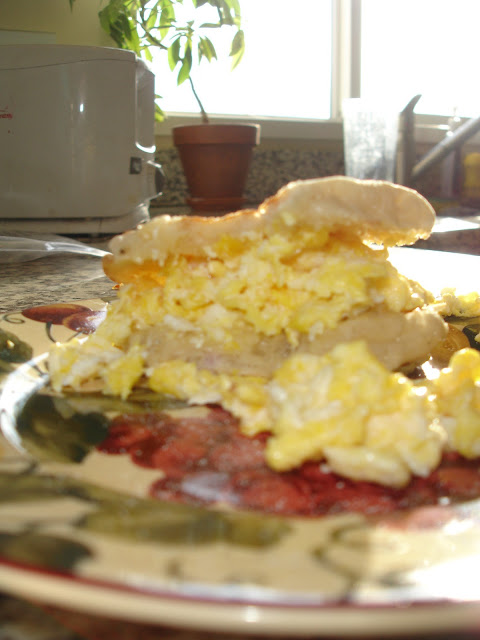 egg mcgibson.
it will cure your case of the mondays every time.
...
toast english muffin.
butter inside.
scramble two eggs.
mix with a little mayo.
slap it in between muffin.
... 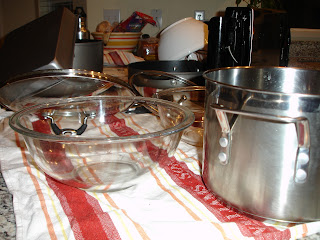 last night i had some thinking to do.
nothing important.
just thinking.
the kind of thinking you do when you don't have to be doing anything else with your brain.
thankfully, there were a lot of dishes.
it's where i do my best thinking.
standing with the heater on my feet.
kids getting jammies on upstairs.
i was thinking about how i miss everyone knowing who we are.
how i miss driving through my neighborhood and seeing familiar faces.
walking down the halls at church with everyone knowing our place.
and i was sad.
uncomfortable.
anxious.
my childhood self that wants to be established and at the head of the pack.
say it ain't so.
so i promised myself then and there that we would never move again.
i do this every time we move.
but it always seems so dreary in the beginning.
like we'll never have friends as good as the last.
never have neighbors as wonderful as before.
and after a little time and effort i never want to leave the new place.
the starting over is easier this time,
but the easier doesn't make it less lonely.
neither does the winter.
when your heart is lonely for summer.
never have i wished for the heat of summer to be upon us.
someone give me an award.
it's a good thing i have these in the meantime.
and earlier church. 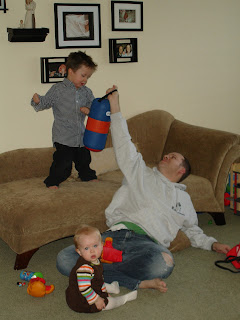