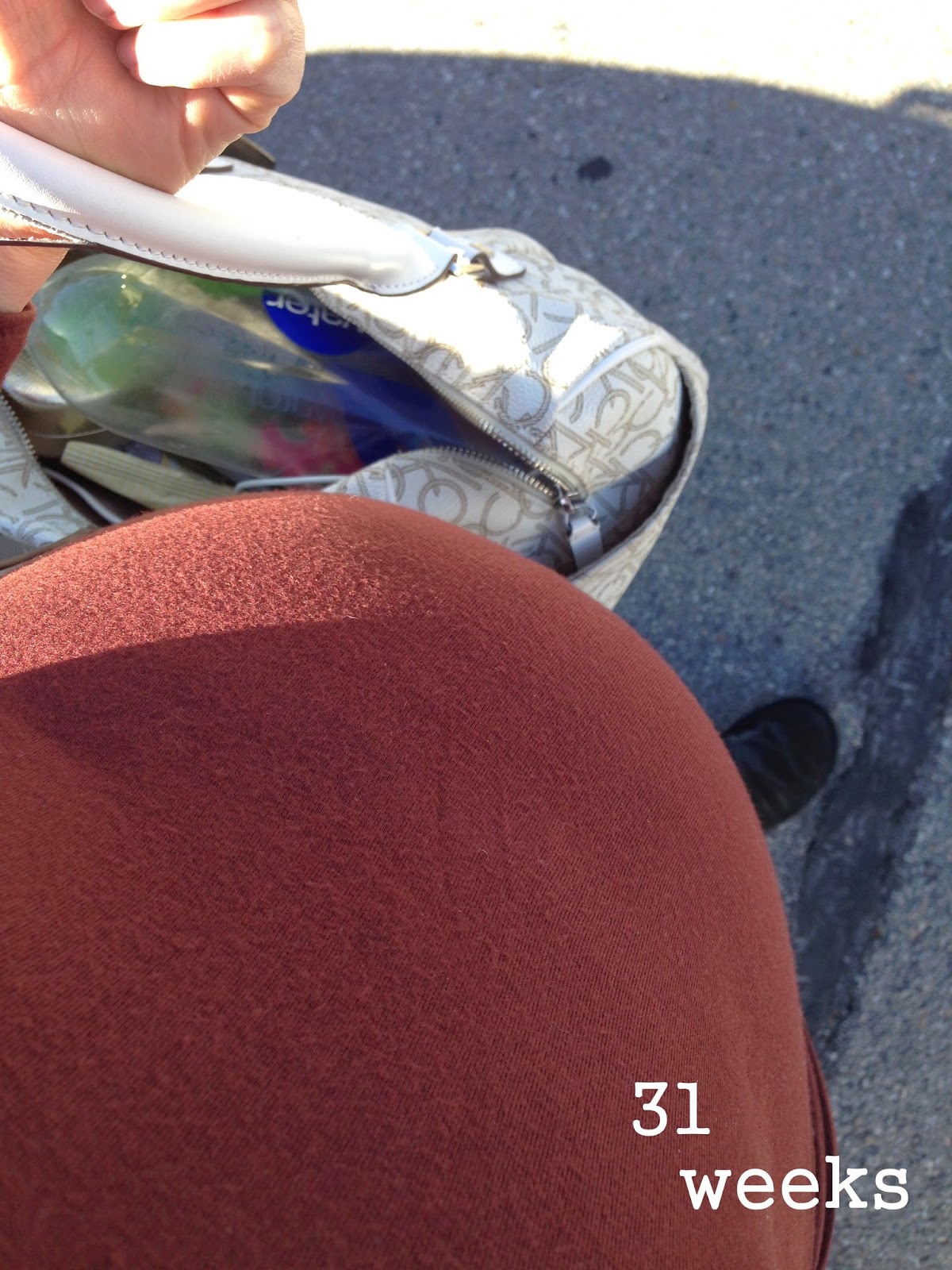 i feel like i'm 95.
like when i've been sitting for awhile,
and i go to get up,
i can't.
grandma gigi and i were commiserating about this on easter together.
she gets it.
even though she's not quite 95.
and i don't mean like i can't stand up.
cause sometimes she can't stand stand up.
sometimes that part is hard for me too,
like when i've been sitting on a chair without a cushion or the ground,
or laying on my right side propped up halfway,
then i can't stand up on my own.
but mostly it's the move one foot in front of the other part that's the trouble.
especially as the day goes on.
like after ski school today i drove down little cottonwood canyon,
dropped max off at home with sean,
and then drove over to target.
and when i went to get out of the car at target i opened my car door,
stood up,
and i knew i wasn't going anywhere.
between the varicose veins flooding themselves and my left hip that just wouldn't budge,
i made it about one and a half steps toward the rear of the van looking like Quasimodo
before i waved the white flag and realized i was just gonna have to give it 5 minutes
before i could go.
so that's what i did.
i stood there patiently waiting,
posting up next to my van,
sweating my socks off because i'd been in the snow with the kids all day,
and now here i was in the valley in a long sleeve shirt, ugg boots, compression tights, and black pants.
in 75*.
so i stood there texting sean that i couldn't move and how i wished i would have changed into flip flops, and wasn't that actually pretty funny how i literally could not move?
finally the motor of my left hip warmed up and the compression tights did their job,
and off i went to buy endless amounts of organization propaganda for my house.
and for once in my life i'm not trying to hobble faster than my legs can carry me. 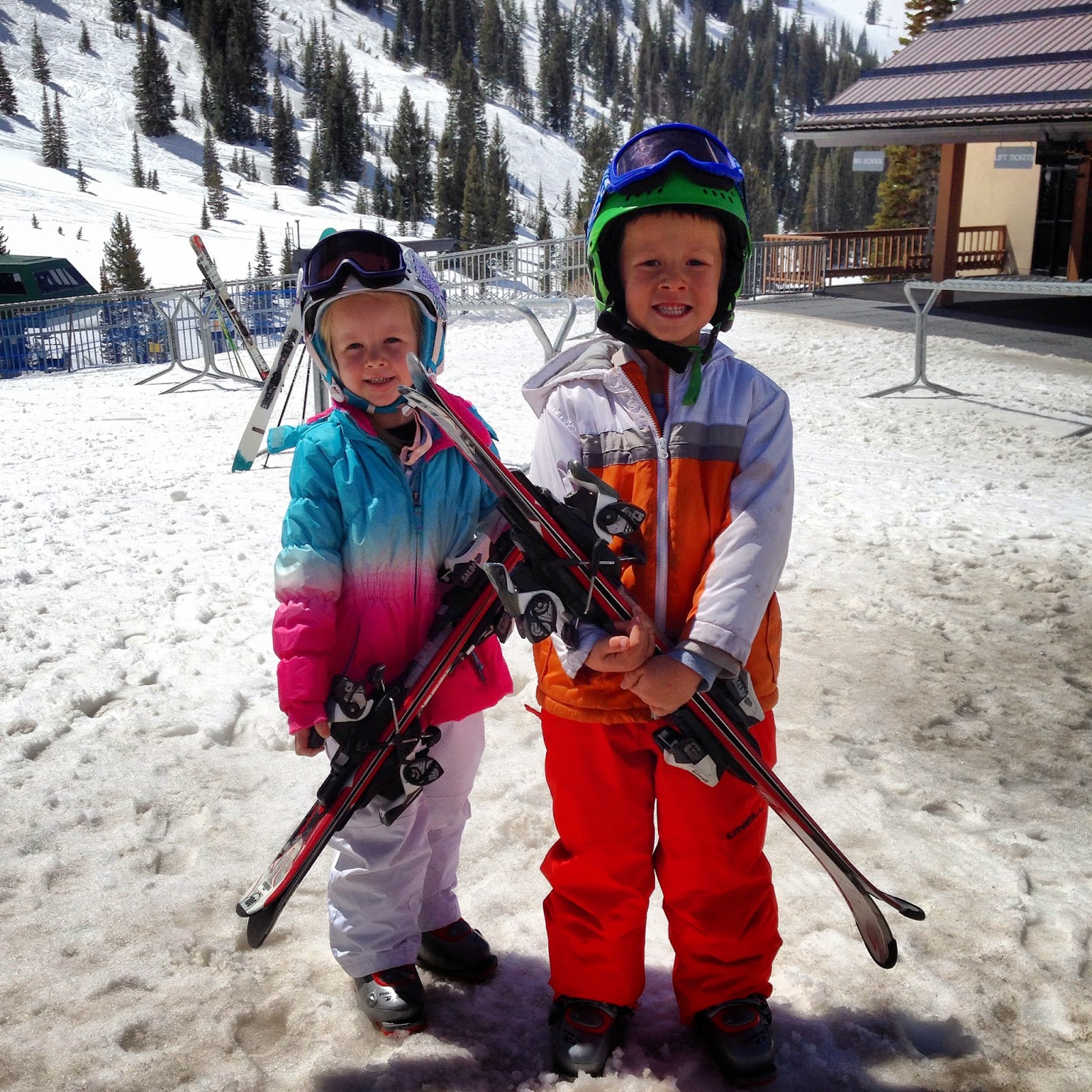 closing down alta in april. 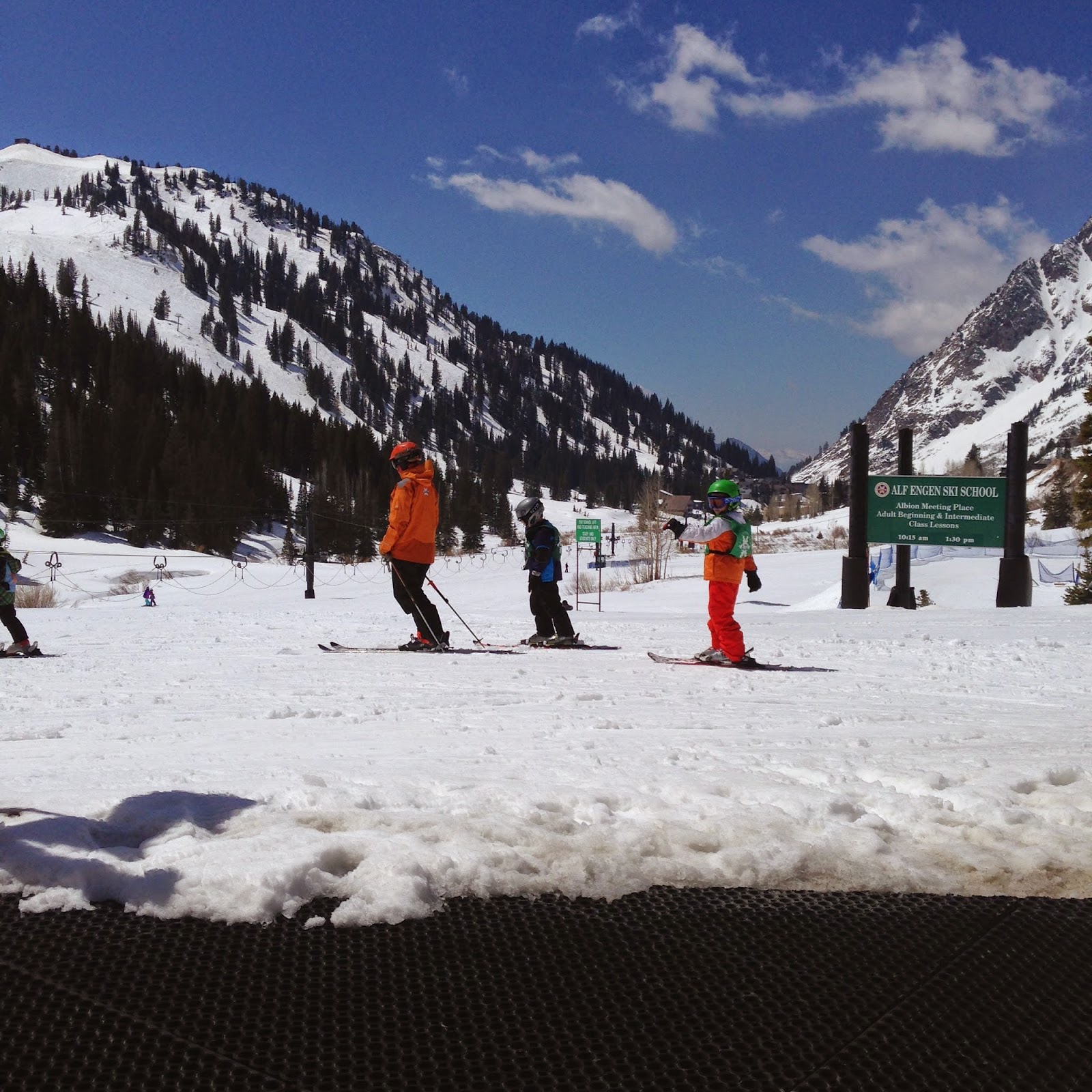 above: brennan far right heading to the lift. 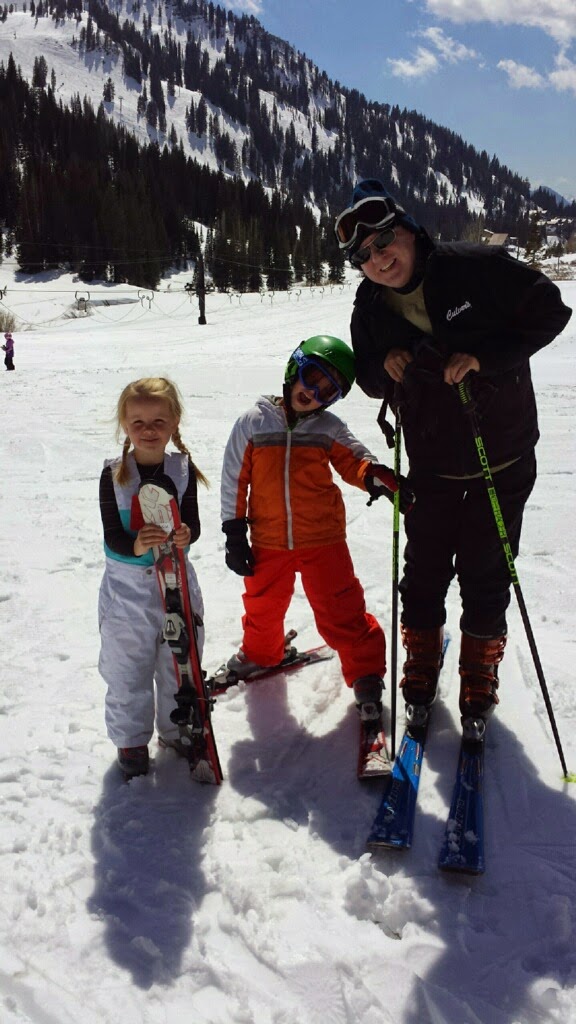 ski school 2k15: brennan is a pro at the chair lift and max is finally "lift ready."
BIG TIME:) her instructor said she's already parallel turning and brennan's said he's gonna make a great downhill racer with his need for speed. so proud:) 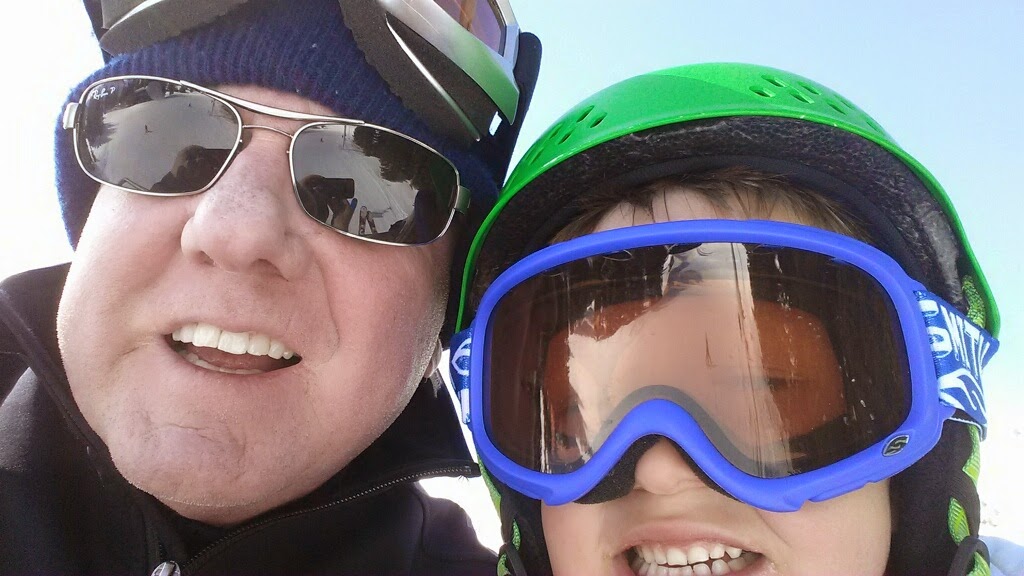 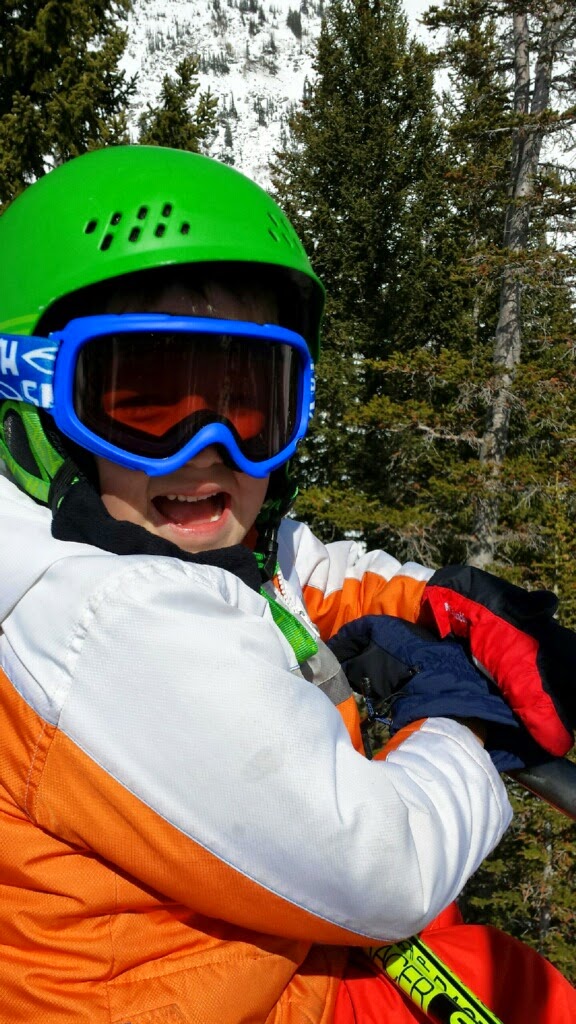 Email ThisBlogThis!Share to TwitterShare to FacebookShare to Pinterest
Labels: in my head, pregnancy 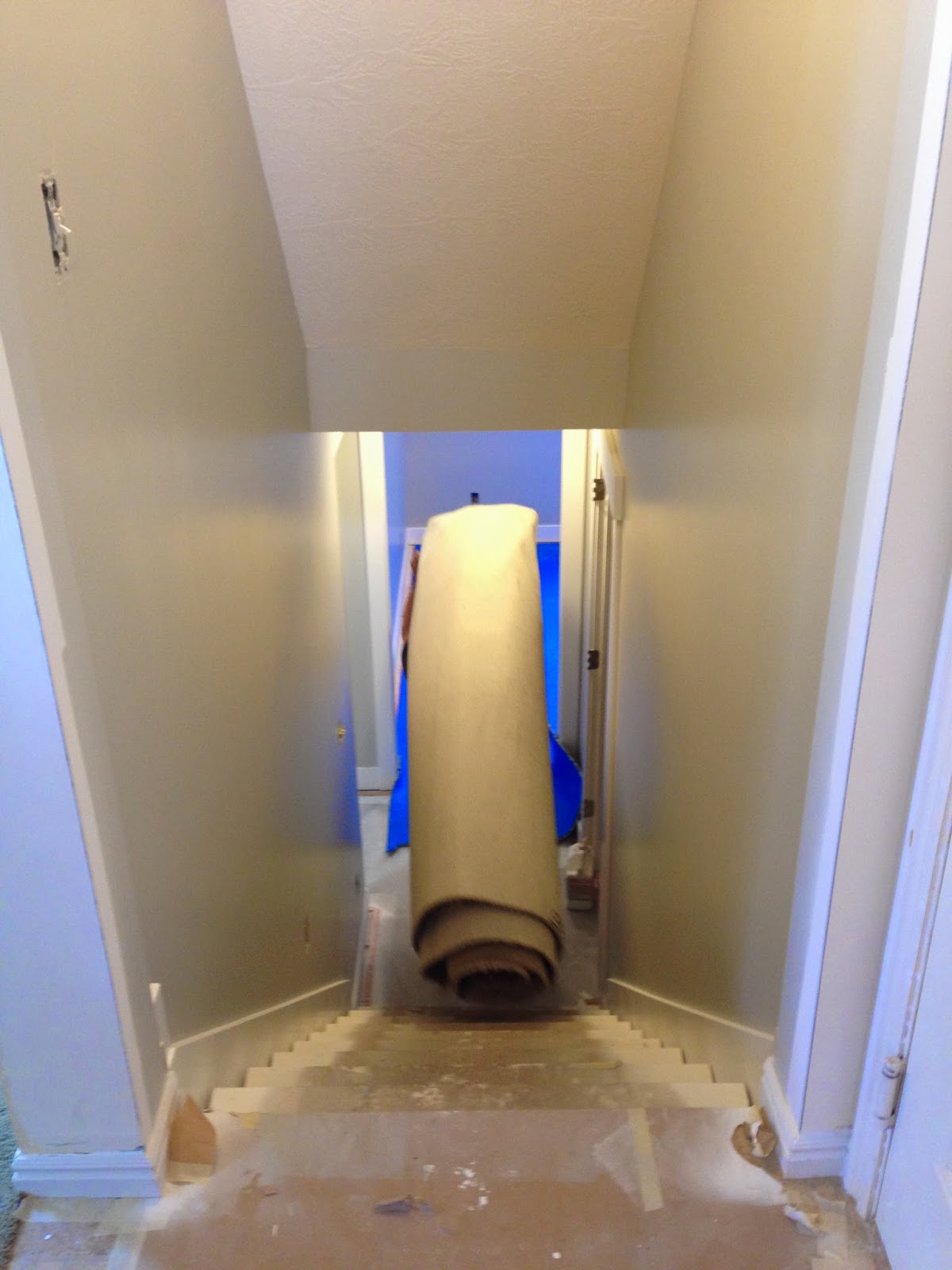 today they installed the carpet,
and everyone was at school except for chase.
it was a big day for him.
he pooped in the potty.
for the third day in a row.
so when one of the installers came through the garage door carrying his 400 pound roll of carpet on his back i of course was going potty in the bathroom off the garage.
locked in there in my own beautiful peace and quiet.
which is why i could quietly hear the carpet guy nicely saying to chase "excuse my please."
except he was grunting out the words very softly
because of the 400 pound roll of carpet on his back.
and then i heard chase's voice chipper as the birds in the morning,
"I POOOOOPED! on THE POTTY!"
and the carpet guy just repeats, "excuse me please."
really out of breath now.
and i'm pulling up my compression tights as FAST as humanly possible,
but let's be honest,
there's just no fast way about it,
so i just start yelling through the door to chase,
"CHASE MOOOOVE! get out of the WAY!"
and chase is all,
"i open my buzz lightyear! mommy give me a TICKER {sticker}! I POOOOOOPED! on the potty!"
and i'm just dying inside because i can't get my tights on and get my maternity skinny jeans up fast enough for this poor man trapped by 3 year old chase with what definitely feels like a 400 pound carpet roll on his back, desperately and very politely just asking him to move out of the way.
so i keep yelling "CHASE MOVE HONEY!!! GET BAAAAACK!!!"
and i can tell by the carpet man's grunting that chase is most certainly NOT moving.
and i'm just dying inside,
breaking a sweat trying to get these DARN tights up,
cursing them and all of my layers along the way.
finally after what feels like an eternity i have wrestled enough decency onto myself to FLING the bathroom door open and pull chase into the bathroom with me,
and put the poor carpet installer out of his misery.
my face was red by now.
it was awesome:)
upon which point i apologized and felt embarrassed that i was peeing on the potty while chase was blocking the carpet guy carrying the 400 pound roll of carpet, talking to him about going poo in the potty.
good grief. that was funny. 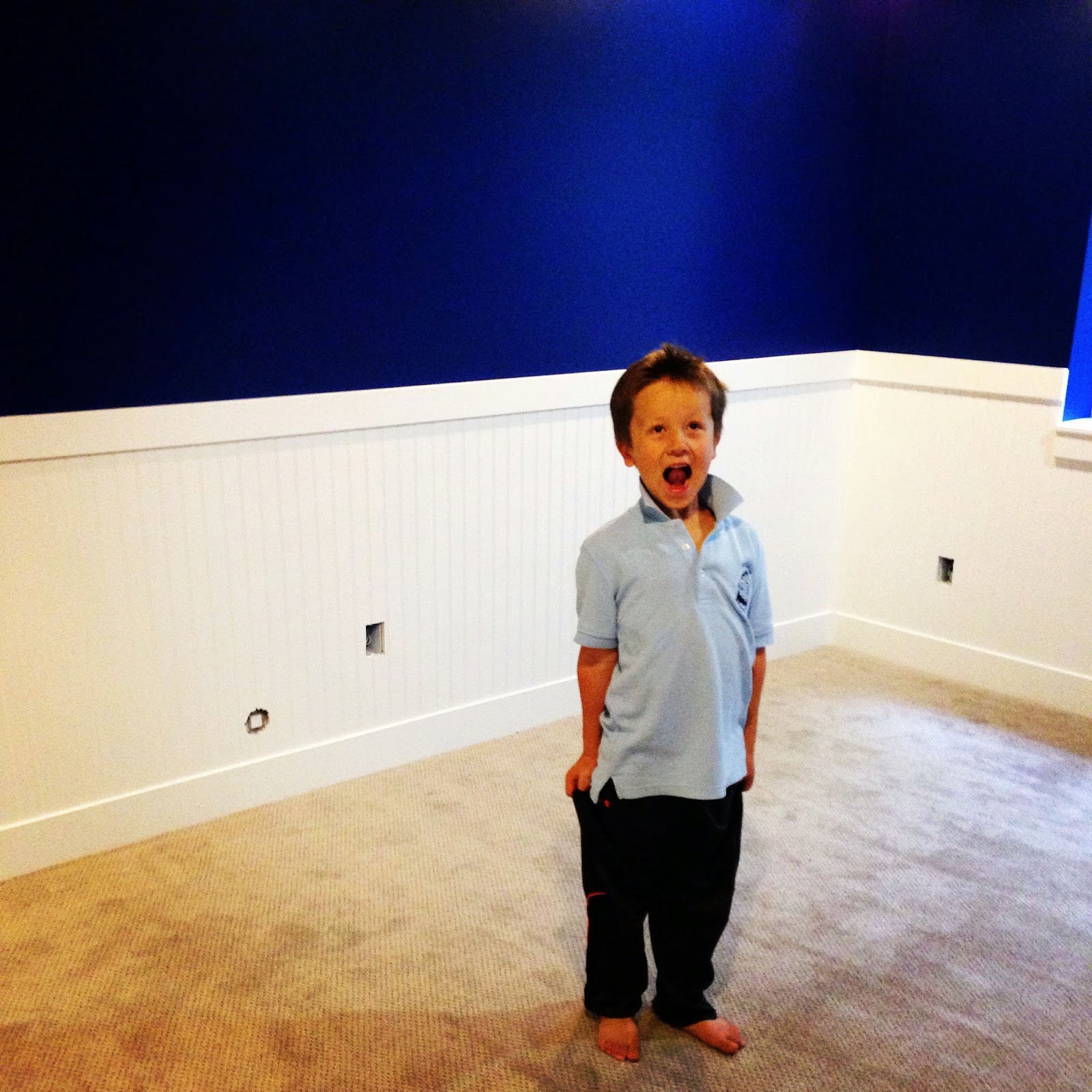 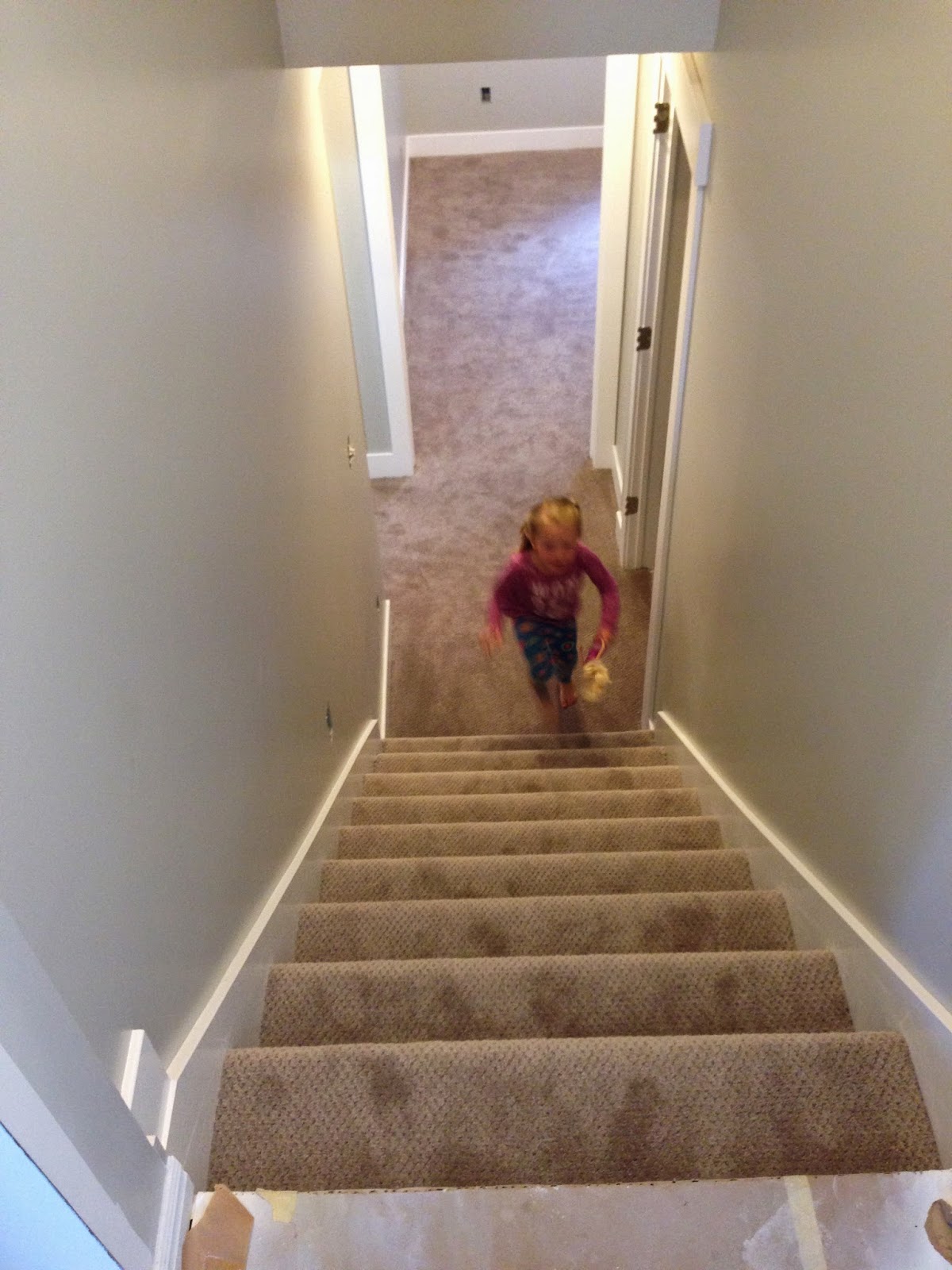 at least it's not barbie 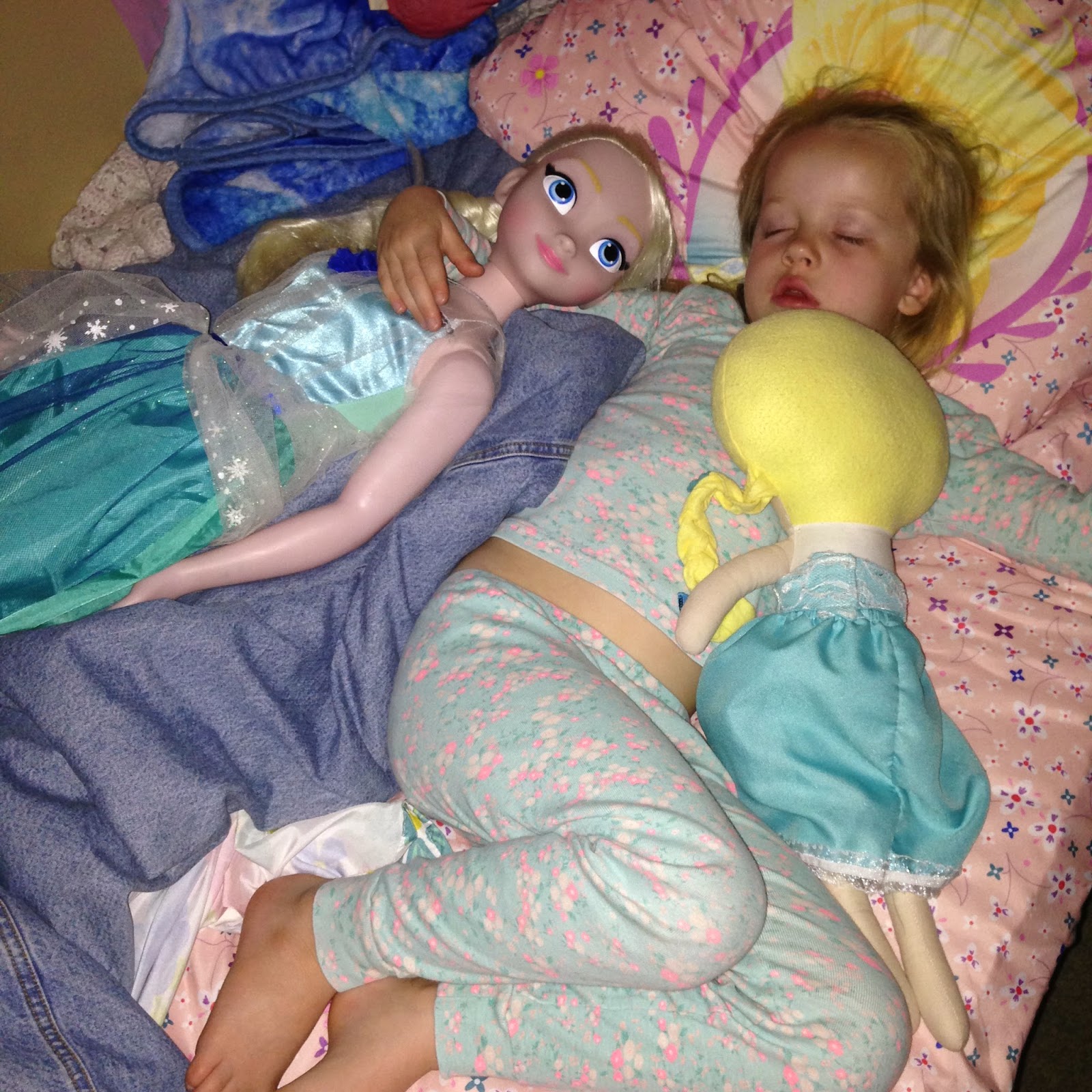 cinderella who?
also, here favorite color is blue.
when it's not pink that is.
Posted by Em at 9:00 PM 1 comment: 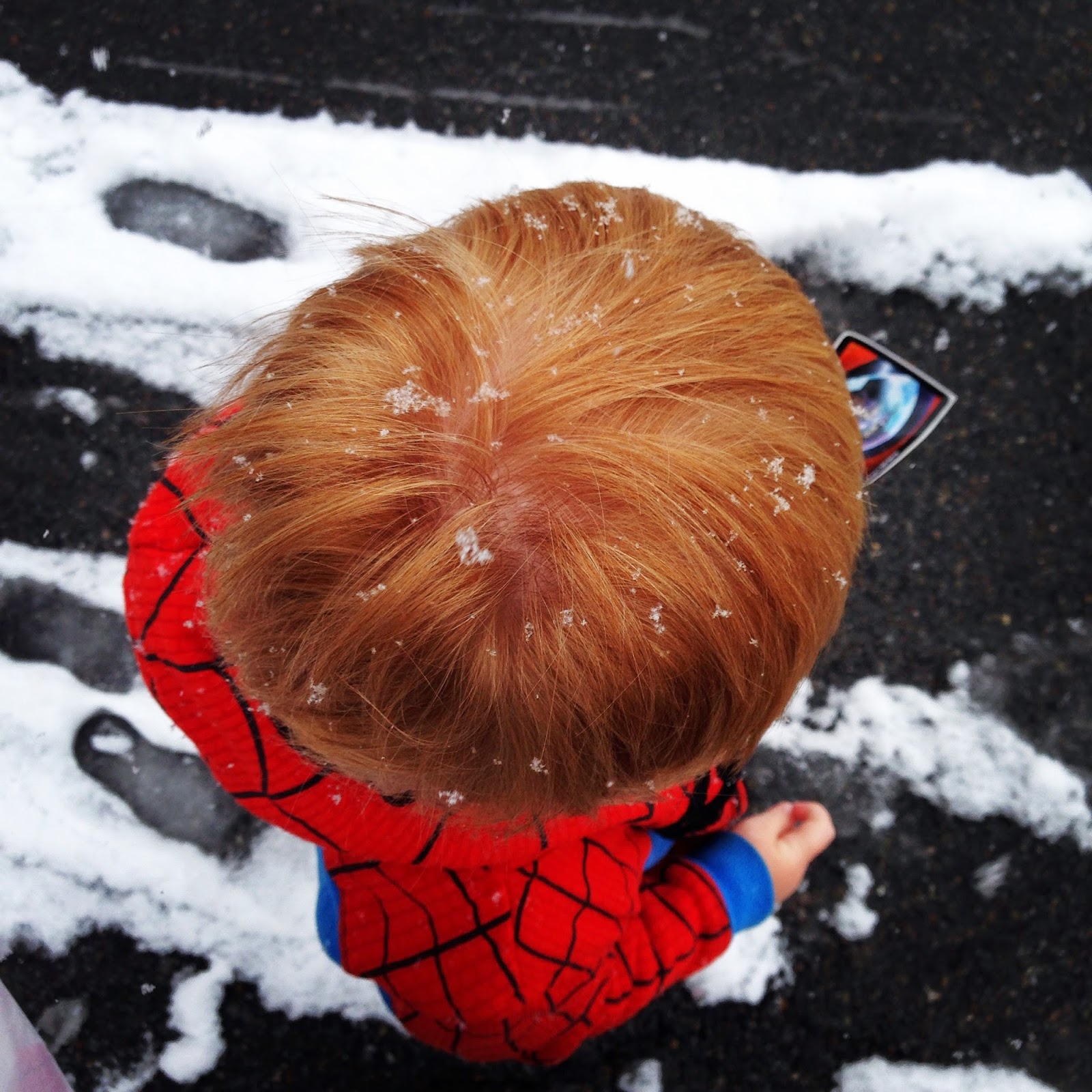 {there's nothing prettier than huge white snowflakes in chase's red hair.}
...
so winter finally came today,
and i couldn't be happier!
there's something about the big white flakes that just puts me in a good mood.
the whining and the tantrums and the running around from one carpool to the next just don't get me as agitated by the end of the day,
because at least it's snowing:)
not to worry, summer weather due back this weekend.
70 something and sunny.
so today,
i'm enjoying this little glimpse of winter.
one that's been all too absent this year in general.
and a quiet house with chase napping upstairs,
and the big kids eating snow and laying on the tramp bundled from head to toe.
they came to the back door after 10 minutes saying they were cold and needed hot chocolate.
i couldn't let them see the fear in my eyes.
be the duck.
that's what i did.
cool and calm on the surface,
paddle like hell underwater.
so i casually suggested they set off to scout out who else was out in the hood.
praying with all my might that they would go for it.
and by some miracle they bought it.
thank goodness chase was napping or the whole thing would have failed for sure.
so now they're off walking around on the wet sidewalks.
probably eating snow,
and losing gloves and stuff.
it's making wednesday great.
and my crazy pregnant lady brain a little more calm.
at least for now...i make no promises to keep that lady at bay once chase wakes up;) 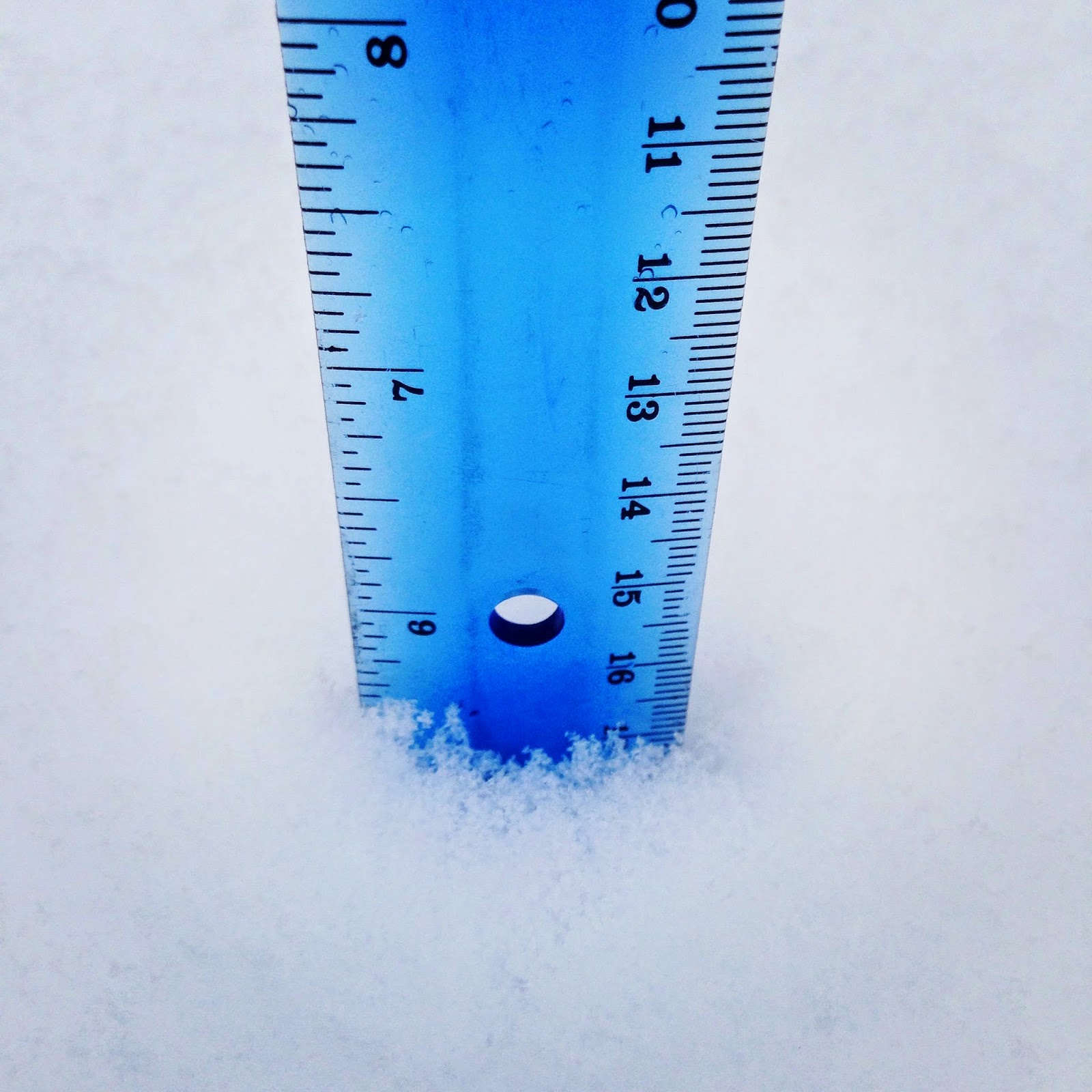 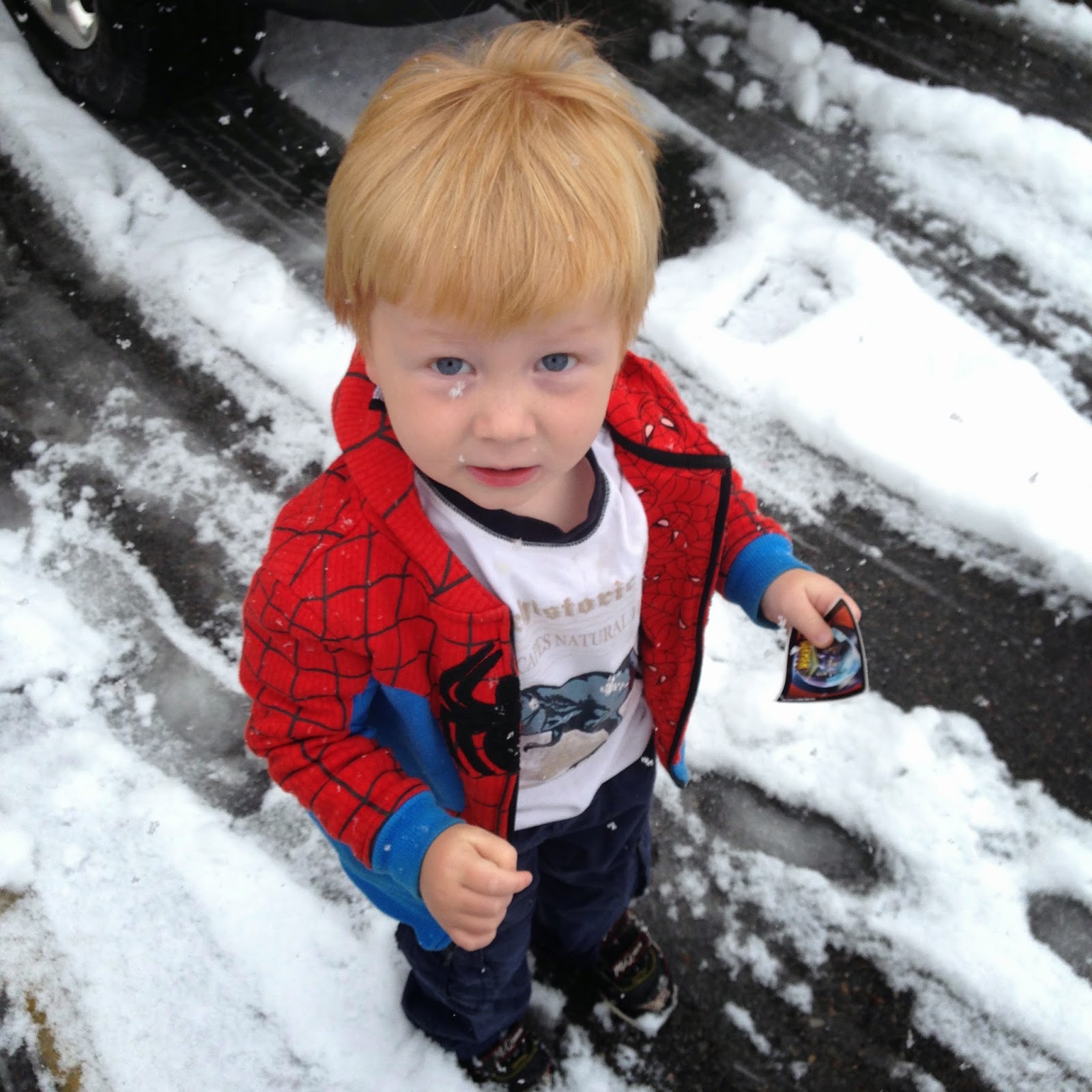 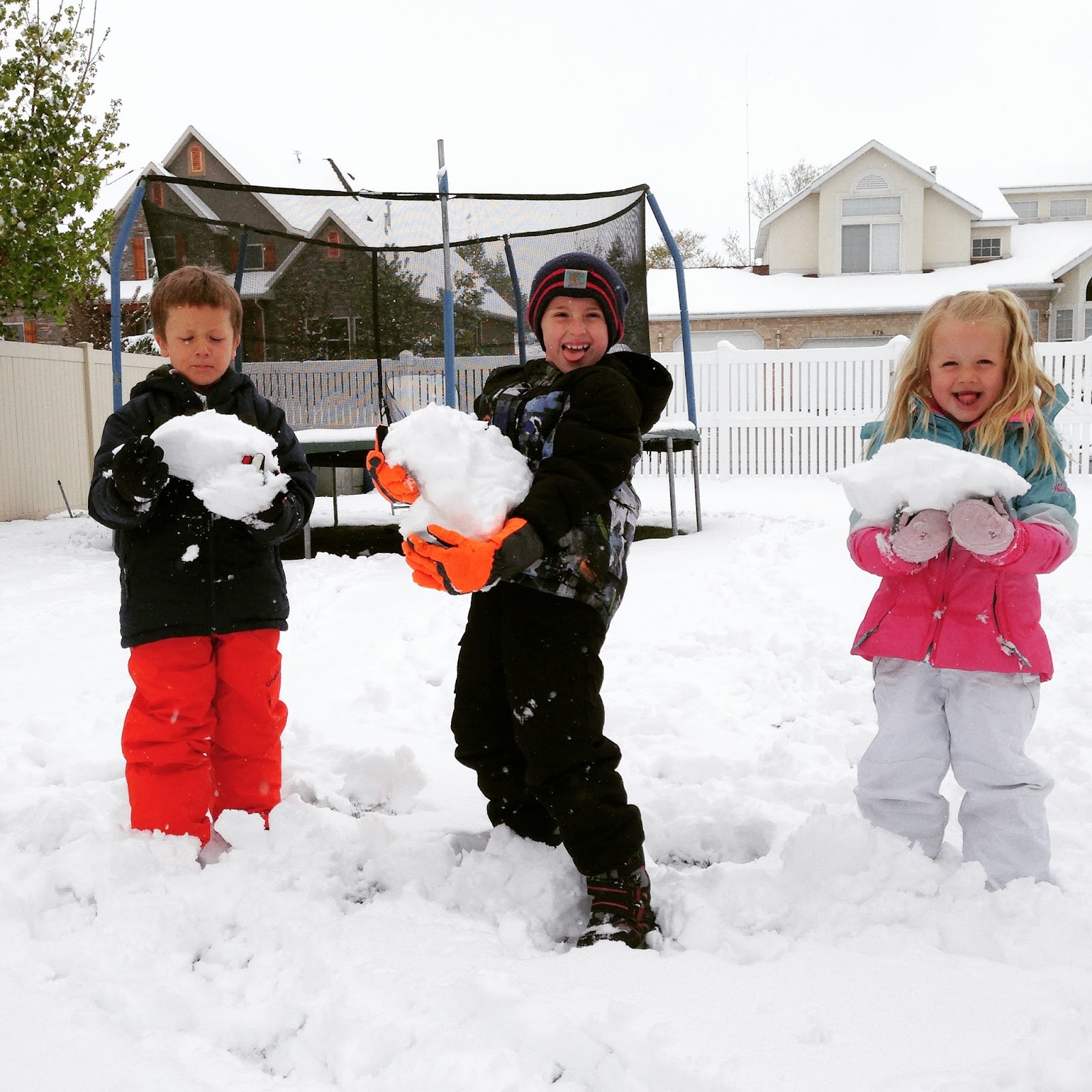 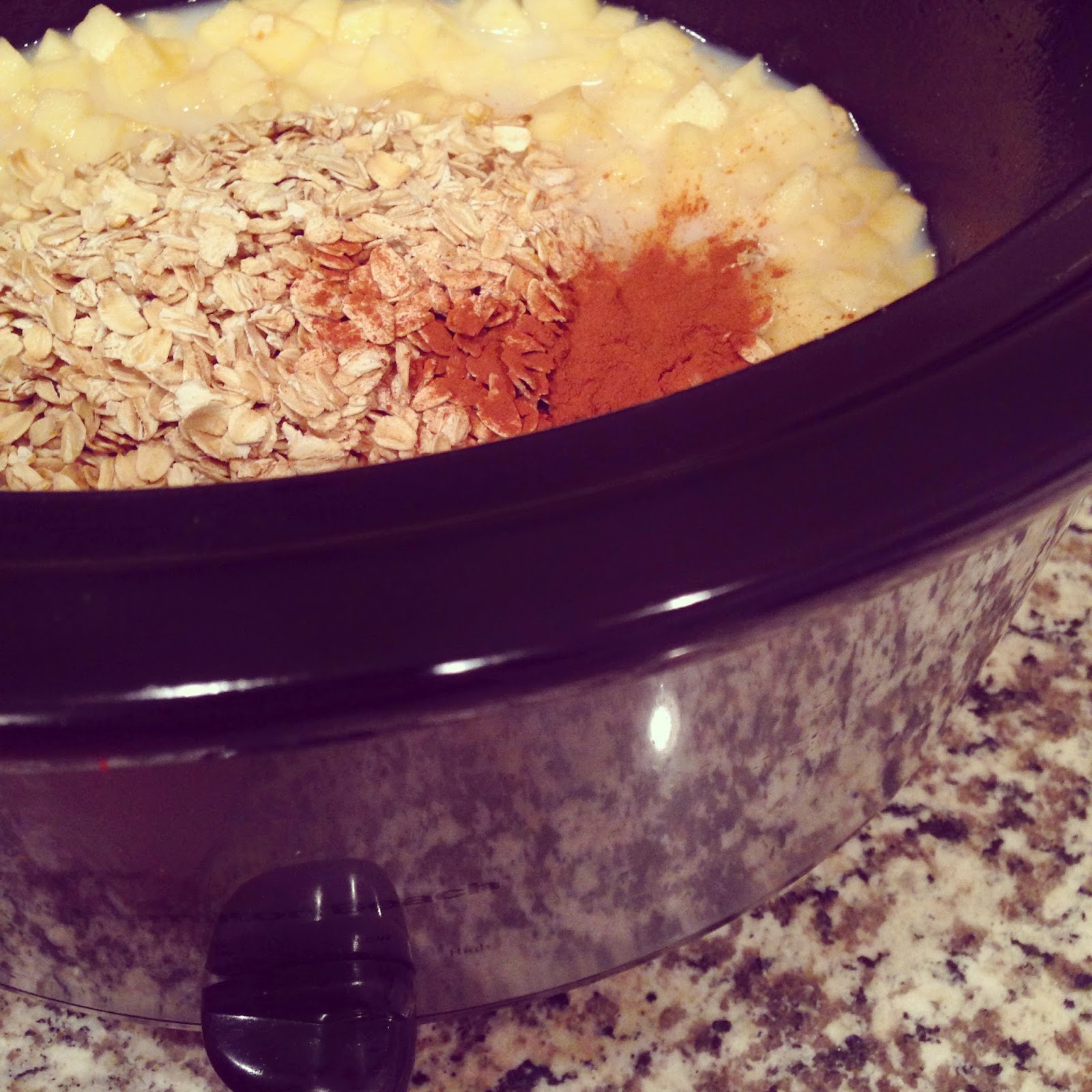 Ingredients
Directions
1. SPRAY PAM in your crock.
2. Add all ingredients (except optional toppings) to your crock. Stir, cover, and cook on low for approx. 7 hours (slow cooker times can vary).
**NOTE: i didn't want to stay up until midnight or wake up and check on it in the middle of the night because AINT NOBODY got time to wake up in the middle of the night for oatmeal when the newborn isn't even here yet, so we took a chance and put it on the "keep warm" setting for 9 hours and it worked like A CHARM. the apples were still a little crunchy, so i'm sure it could have cooked longer, but it tasted perfect and everyone licking their bowls and asking for more, sooooo, i think we just got lucky on the first try and don't get scared off if it takes some experimenting before you get the cook time right. i think the key is less is more, better safe than sorry, you know the drill.
3. Spoon oatmeal into bowls; add optional toppings, if desired. Store leftovers in refrigerator. Freezes well.

**How much did it make? it felt like 1 cup of oats wouldn't be enough. like i stood there in my kitchen for 5 minutes making sure i was reading the recipe right because i couldn't imagine that 1 cup was possibly enough, BUT, low and behold one batch with 1 cup of oatmeal indeed DID feed 4 of my gibson's and 1 of my contractor dave's. max gibson wouldn't even give it a try. i assure you she missed out! so what i'm saying is, it fed 5 people pretty darn well. double if you have more people or you want leftovers. found this little ditty on pinterest of course. all hail pinterest. the end.
Posted by Em at 3:50 PM 1 comment: