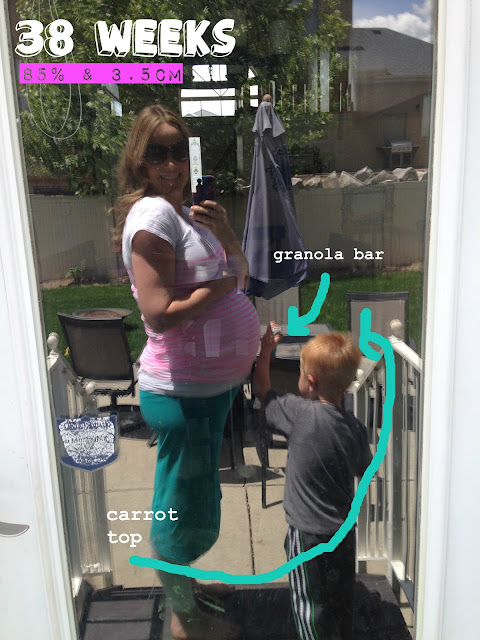 {measuring 39 weeks--he's finally slowed up, hooray.}
...
you love to lay on your right side.
head down, butt up,
with your feet out straight on the left side of my belly.
you don't like your legs up close to your belly.
just nice and stretched out.
i remember seeing this during your ultrasound too.
you get the hiccups when i get flustered or stressed.
you sleep.
for long periods of time.
and then you wake up for a little bit,
push your legs out straighter,
push your butt up and out,
and then push down with your head until i feel like you're going to fall out.
and then you usually go back to sleep.
i had a dream that you had black hair.
lots of it.
i can't wait to see if you do.
you left two new stretch marks right above my belly button to the right side,
but i don't care because they go away anyway.
and even if they don't, i still don't care.
i will always remember you were there.
today, when dr nielson measured you with his tape measure,
i told him i wasn't worried about you being 10 pounds anymore
because you've gone from 38 to 38.5 to 39 the last three weeks,
and he said he wasn't either,
and i knew we were both telling the truth,
not just wishful thinking.
i wonder if you will be skinnier than your brothers.
because you feel more pokey and boney like maxine did.
not as thick as i remember brennan and chase feeling.
except i KNOW you're not going to be a 7 pounder.
and my belly feels JUST as heavy as it did with brennan and chase.
so i'm wondering if you'll be somewhere in the high 8's.
but my head tells me you're probably going to be in the 9's.
sometimes you kick so hard it hurts.
you're strong.
you're so strong.
and sometimes i have to push your foot back into place
because it's poking so far out on my left side.
it reminds me of the pop the weasel game at chuck-e-cheese.
ha!
i have your blankets and baby clothes all washed.
and a little elephant binky holder.
it's grey with white polka dots.
and has the cutest little elephant trunk that stretches out to hold your binky in place.
i can't wait for them to lay you on my chest,
and feel your warm little body on mine.
the birth day is always the most exciting day of this entire time we've been dreaming of you.
see you next saturday pal;)
Posted by Em at 5:00 AM 1 comment: Links to this post

the day chase ate 1-3 adult stool softeners and we didn't figure it out until 9 hours later. 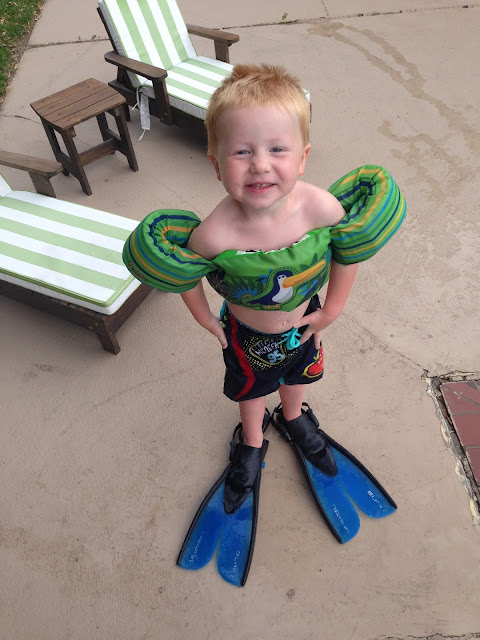 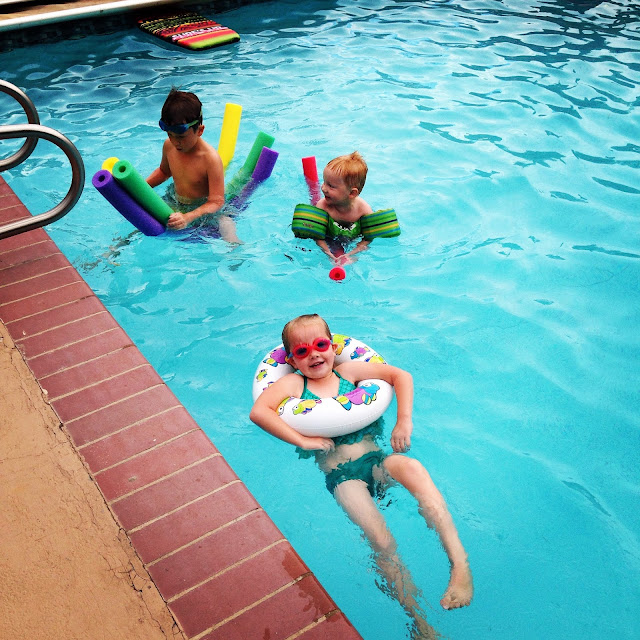 {i emailed the pediatrician back again around midnight that night saying, guess what?! i have SUCH  funny story for you. please disregard previous crazy pregnant lady email as the crisis has been averted! and i can't wait to tell you the story of how chase ray ate 1-3 adult stool softeners when i see you in 10 days when gibson #4 is born, at which point i will no longer be pregnant crazy,
just newborn mother crazy.
his response: "i have no words. let's chalk this up to pregnancy brain and never speak of it again! good luck, and see you soon." by now sean was also laughing, and i was all "why don't they have child locks on the stool softeners anyway???" and then we went to bed and didn't feel like we were the WORST potty trainers ever, just normally not good.}.
...
P.S.
the pumpkins came up after all.
and not the ones i replanted tuesdee.
the original ones we planted two weeks ago.
AND there are 7 peaches on the peach tree.
glory be,
friday is better than tuesdee. 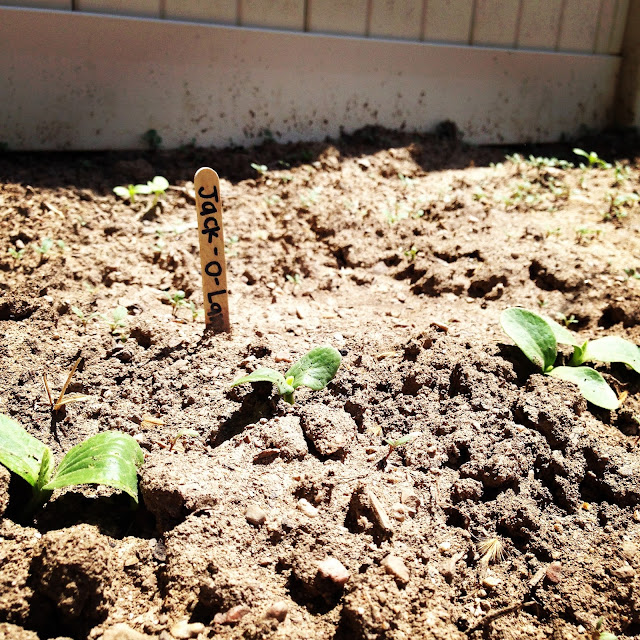 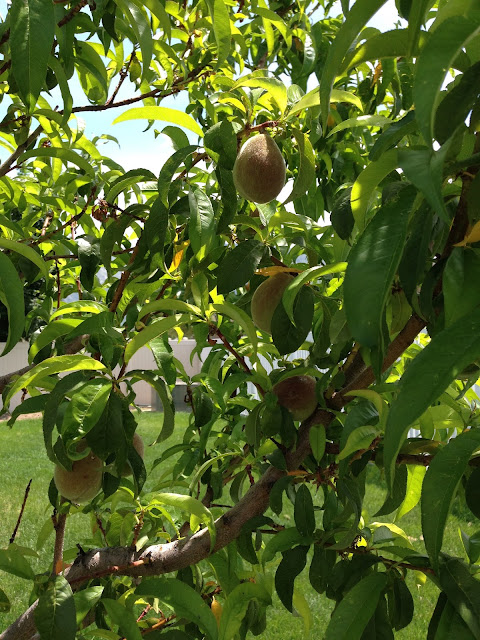 on the last day of 1st grade 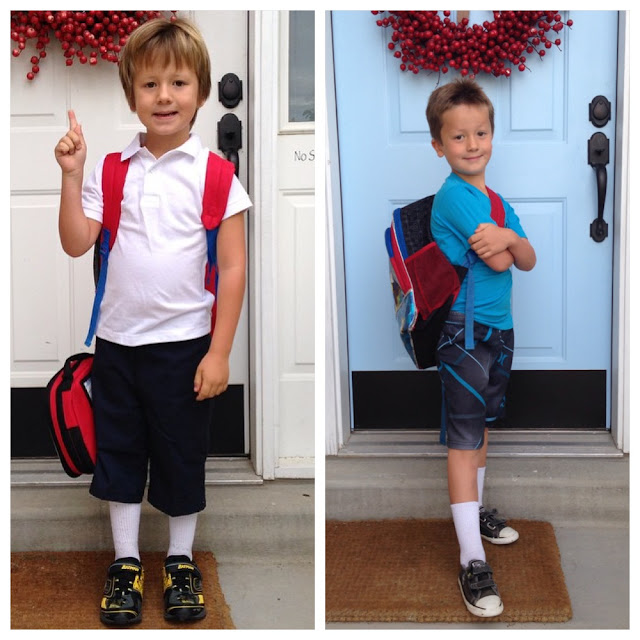 baby fat gone.
mr. confidence here.
struck that pose all on your own.
socks don't go up to your knees anymore either.
picture doesn't show how much taller you grew
because your fancy pose made you look shorter.
...
on the last day of 1st grade we couldn't find your shoes.
i made you wear your wet converse that are pretty much too small for you that sat outside in the rain by the tramp the night before because we couldn't find your shoes the day before either.
it was free dress day/favorite color day.
it took you 15 minutes to get dressed.
you wanted pancakes for breakfast.
two.
you ate them all.
WITH an extra pool of syrup on the side.
you drank half a glass of milk,
ate some strawberries,
and told me you didn't want the pb and honey sandwich i made you for lunch.
pudding cup YES:)
i mean really though, that was always my favorite too.
you wear your backpack over your head with one strap now.
sometime during the middle of the year you started this.
i think it's really really cute.
i had to throw away your mario backpack when you got home from school today because there was a massive hole in the bottom of it from so much wear and tear this year.
i hope you don't ask me where it went.
you are SUCH a good reader.
like i can't even believe how far you've come this year.
and also you speak german.
so that's pretty awesome.
you understand more than you speak.
but now you're teaching chase and max words here and there,
and it's the cutest.
when you got home from school you wanted soda and ice cream.
and you and cade rode bikes all night.
it was a thursday.
i love you,
mom
Posted by Em at 2:49 PM 1 comment: Links to this post 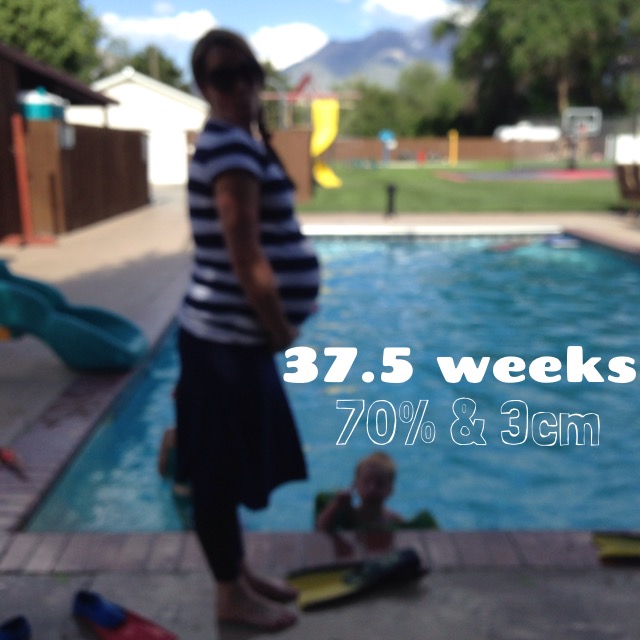 if i could describe myself
as anything right now
it would be a snail.
everything i do is at about .5 miles per hour.
slower if i've been sitting for too long.
my grandma gigi and i are like two 90 year olds in a pod.
{and i've actually really liked having our aches and pains in common. it's been a bonding thing, so TA speak.}
i was looking at pictures of me pregnant with the other gibs,
because i'm obsessed with worrying about this baby coming out at 10 pounds.
and in my searching of belly comparisons,
i found one of me when i was pregnant with max at exactly the same 37.5 weeks that i am right now.
and basically the exact same progression.
except i'm pretty sure my belly is about DOUBLE in size with this current babe,
and i can't do a thing about it.
not
a
single
thing. 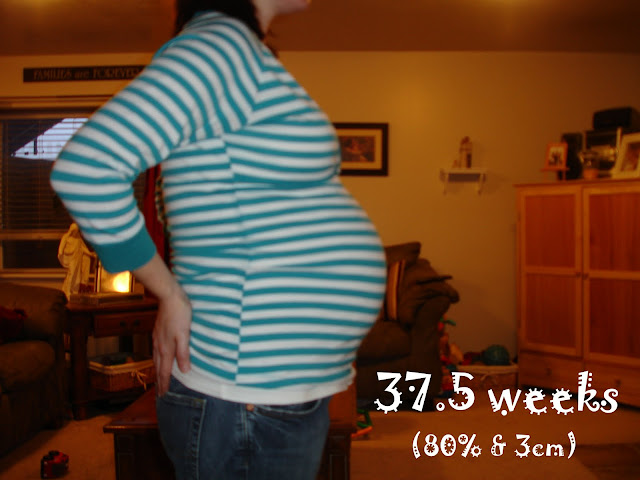 i remember when i was pregnant with brennan being so afraid of how everything would go.
mostly with the delivery.
and thinking that a gal would only have anxieties and fears with the first baby she had.
because after that, she'd be a pro.
but every time i have a baby i have fears and anxieties.
usually stuff that has traumatized me from the baby before.
not enough fluid before my epidural.
not enough milk.
too much milk.
colicky baby.
constipated baby.
pooping.
RSV.
tearing.
not sleeping.
too much baby sleeping.
missing breastpump.
missing breastpump power cord.
not enough milk.
but i said that one already.
i've had that problem more than not.
the other kids.
and how i'm going to manage them.
like will chase stop waking up at 6:19am every morning and opening and closing his door so loudly to announce his waking of the day that the neighbors can hear it?
and will he ever stop pooping in his underwear?
and the longer you're pregnant,
the more you have time to try to wrap your head around
how to learn from what you were given the last time you did this.
like you have some sort of control over any of it.
which by the way, you don't.
except you think that maybe if you think about it enough you will.
but you don't.
because they just come.
and there's good,
and there's bad,
and when i think back on all of it,
i'm less worried and afraid and anxious about any of it.
because i know that my worries and fears and anxieties that i always have
are all just basically pointless when it comes down to it.
except usually you can't see that until you're past it.
and yet here i am with worries and fears and anxieties.
and last night when i was sitting by the pool,
watching my little babes swimming for the first time of the summer,
my feet propped up,
in the hot, windy shade of the big weed tree
that we always have to tell the neighbor not to cut down,
there was a part of me that was just so excited for all of it.
the part of me that has visions and dreams
of holding a little newborn baby lump on the front of me,
with a head smelling like johnson and johnson baby shampoo and pink baby lotion.
warm summer air all around.
and the smell of grass that has just been cut.
maybe there's music on the speakers hanging from the covered pavilion.
i can see brennan, max, and chase are lubed up with sunscreen,
and swimming in the family yard pool.
hopefully with lots of cousins in the water with them
because those are always the most fun days.
especially as the dog days of summer really start to drag on.
and i'm just sitting there in one of the big comfy chairs,
rocking,
and none of the things i'm worried about right now are even there with me in that minute.
because it's just summer,
and i've got my four kids,
and it's hot out,
and i'm probably hoping troy will come out with his ice cream machine
and homemade french fries.
and i'm tired, but it won't matter because maybe one of my cousins will be there distracting me from everything that's hard, and reminding me about everything that's not hard,
just everything that's great,
and nothing else is there except for that.
and so that's what i'm going to think about for the next 10 days.
not the snail,
not the belly i can barely haul around,
not the compression tights i'm wearing in 90*,
not max crying and whining over everything in her constant PMS state,
not brennan's 5 million friends,
not chase's 5 pairs of poop underwear,
and DEFINITELY NOT how i'm going to work a newborn into all of it.
because that's just not conducive to my peaceful pool summer dream.
remember now emily,
pool.
newborn lump.
swimming.
ice cream cones.
snow cones.
french fries.
sunscreen.
baby lotion.
focus emily, and no more worries.
because the next 10 days are gonna be really great too.
and then it's all going to change,
and the baby's gonna be 10 pounds or he's not gonna be 10 pounds,
and that's just gonna be it.
amen.
there, now i feel better:) 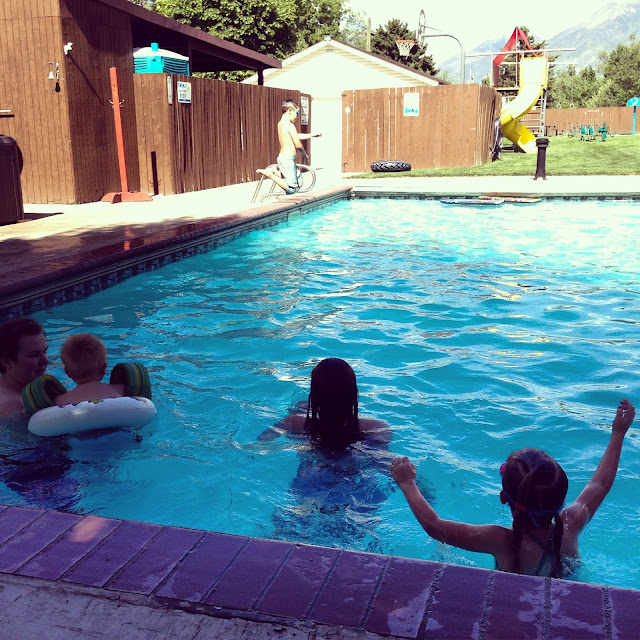 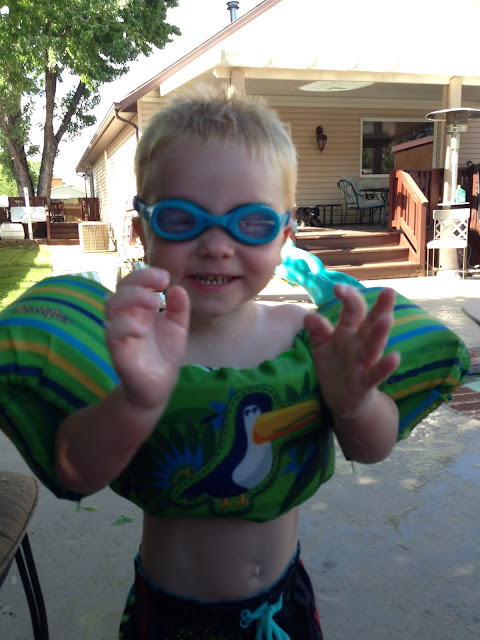 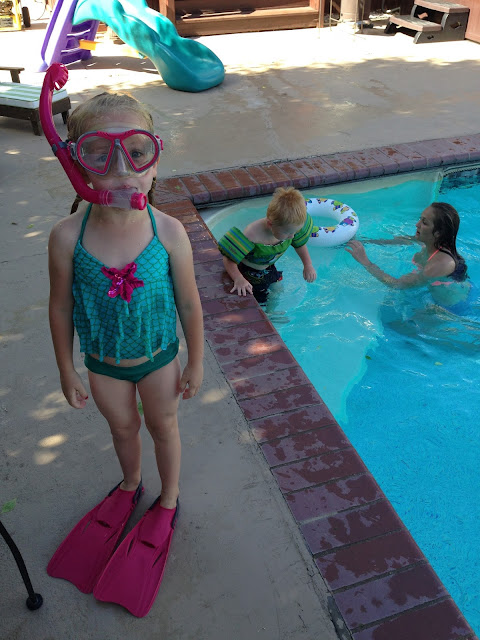 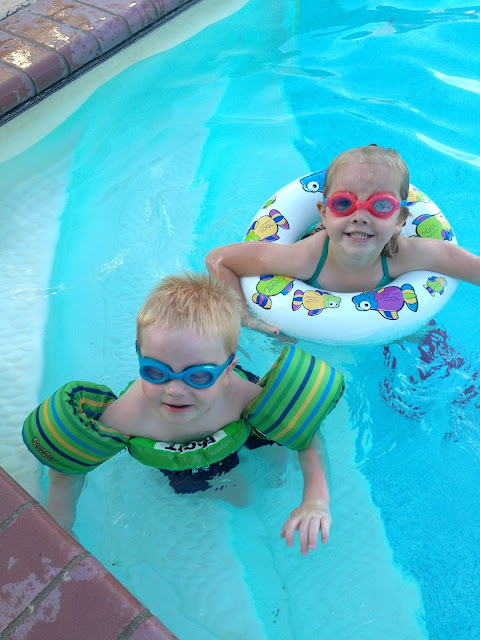