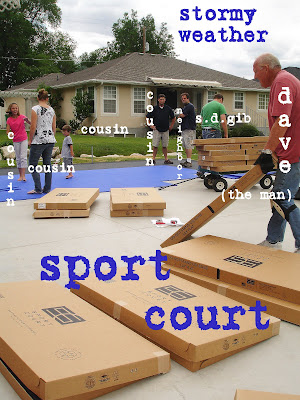 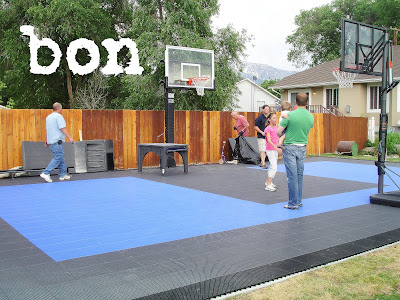 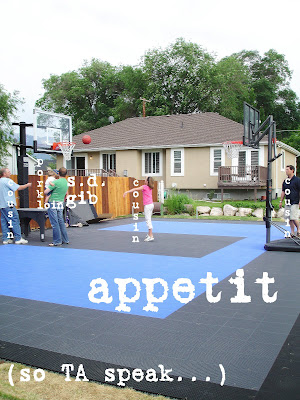 does your blog need some spruce and spice for an affordable price?
then HIL'S the gal for YOU!
...
why choose HIL over the rest?
1. she's my friend and a fellow goddess ;-)
2. her prices are more affordable than the competition
(go ahead, compare! you won't be disappointed!!!)
3. if you can dream it, she can create it!
4. you will feel like her only client
...
don't delay, click on over to HIL today!
click here to get started!
click here for her freebies.
...
your dream blog is only a click away, so get going goddesses,
let simply yours desgins make your blog,
simply yours!
Posted by Em at 7:24 AM 2 comments: Links to this post

Email ThisBlogThis!Share to TwitterShare to FacebookShare to Pinterest
Labels: blog

brennan was eating his afternoon snack.
i opened my closet and found it to be abnormally quiet in my house.
quiet enough to notice a snap, crackle, pop buzzing sound from inside my closet.
my eyes looked left (this helps me listen better).
i got a sick feeling in my stomach.
at first i thought, "oh no, a soda exploded in the mini-fridge."
i knew the mess would be a dousy.
hindsight,
i would have LOVED an exploded soda.
can you hear the sound in your head?
i opened the fridge.
all sodas were closed and accounted for.
and then my eyes rose to the bag of corn i had used for christmas presents this past year.
"oh no."
i almost swore.
i think i did swear inside my head.
as i looked closer around the bag i saw 20-30 black bugs, beetle like, with long snouts crawling around my mini fridge.
i quickly opened the bag of corn.
the sound amplified.
THOUSANDS.
TENS OF THOUSANDS.
of little gross, disgusting bugs were feasting.
huge gasp of air in, and then i grabbed the sack and ran with it outside.
i spent the next 30 min. vacuuming up every bug i could find left behind,
while the pork loin screamed in his high chair.
the vacuum scares him.
i dare you to click on the picture to see the bugs that are visible on top.
remember, there were enough to sound like an exploding bottle of soda. 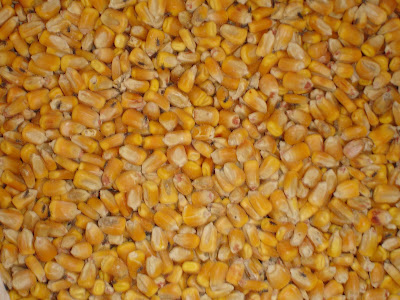 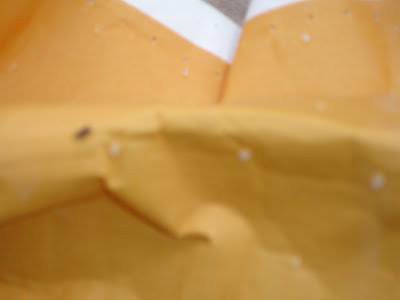 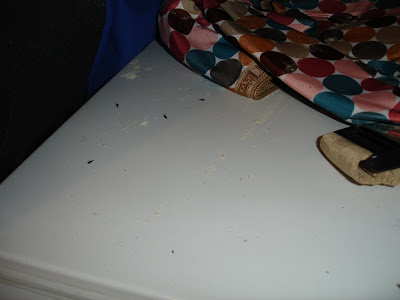 pop.
i'll never eat rice crispies again.
i'm still itching all over.
at least i figured out where all of the bugs were coming from...
Posted by Em at 11:31 AM 18 comments: Links to this post

Email ThisBlogThis!Share to TwitterShare to FacebookShare to Pinterest
Labels: household

introducing, "before they were famous" 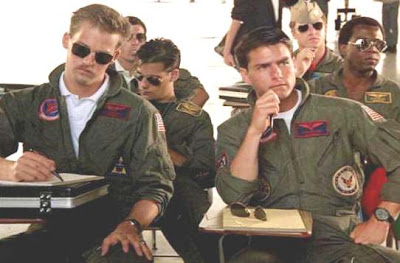 she knew "Goose" as this: 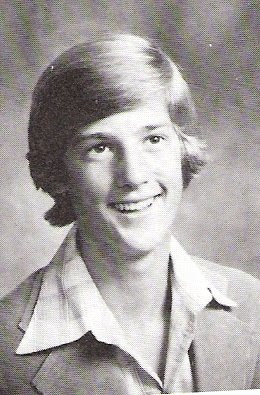 i mentioned TOP GUN this week and Rebecca commented,
"Top Gun . . . I went to high school with Goose--had a huge crush on him..." 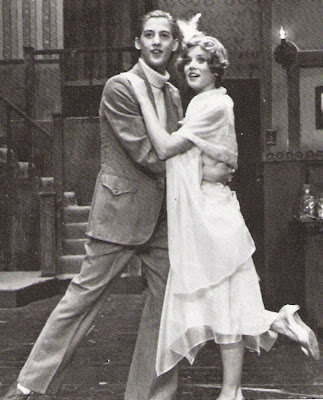 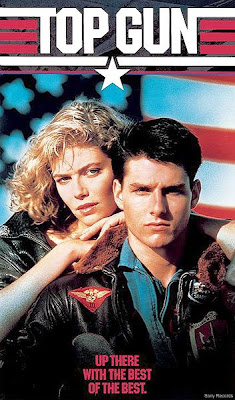 oh mother goose!
oh TOP GUN!
beach volleyball will never be the same;-)
goddesses, you KNOW what i'm talking about! 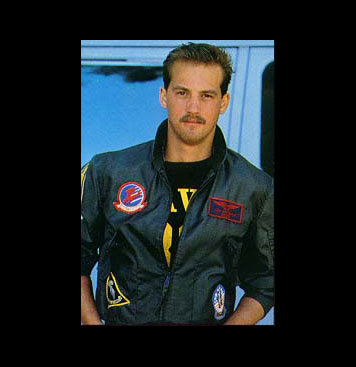 1. What is your favorite memory of "Goose."
He was really cute, was in the high school theater program, and a nice guy. In fact, he donated money to his old jr. high to have the theater renovated and named it for his drama teacher who was in my ward. I watched ER just to see him. He goes by
Anthony Edwards but we called him Tony. He dated a friend of mine for a while. I'm sure he would never remember me--he's 2 years older, but I sure had a crush on him.I loved watching him perform in the high school plays. He had gorgeous hair--kind of feathered back and blond. I used to see him in the halls, but we never had a class together.
...
2. Did you ever speak to "Goose."
We met through my friend Jill Carroll so he used to say "hi" to me in the halls. I'm sure he'd never, ever remember me now.
...
3. When you were in high school you said you had a crush on him. what would have been your dream date with him?
A romantic walk along the beach during sunset while he professed his great and undying love for me. And then he'd ask me to "go" with him (be his girlfriend--well, you said "dream date").
...
4. What was your friend's name that dated him? What did she think?
Jill Carroll dated him. She was also in theater. She had a beautiful voice and was a gorgeous girl. I think they dated after high school, though. I believe he also dated Maria Rocha (but I could be wrong--it's been so many years). The Enquirer once did a story on him and included a picture of him and Maria.
Jill used to tell me what a nice guy he was. Though I had a screaming crush on him, I'm sure he never though twice about me.
...
5. What is it like knowing someone from high school that is famous?
Eric Stoltz also attended my high school, but he graduated the year before I started attending. I did see him around a bit because he was friends with Tony. Kathy Ireland also attended my high school and was a year ahead of me. I totally remember seeing her at school and she was flawlessly beautiful with a perfect body even in high school. It was very weird, at first, to see people I knew in movies and in magainzes (Kathy was featured on the cover of Sports Illustrated a few times), but I was happy to see them go after, and reach, their dreams.
...
6. Was is weird to see him in the movie playing a character when you knew him before the fame?
It was strange to see Tony in movies. He was in a few before "Top Gun." It was even stranger to see him play Dr. Greene on ER because he was still that high school kid in my head and on ER he was a grown man. It's funny how high school classmates never age in your mind. I'm really happy for him that's he's been successful in Hollywood--not an easy feat. He was always such a nice guy.
...
YOU just got the inside scoop!
you can check out rebecca's blog here.
you can pre-order her latest and greatest book here from amazon (june 15th).
anyone know where Goose is now?
submit your stories by commenting here or email me at emilygibson82@yahoo.com
Posted by Em at 11:37 AM 7 comments: Links to this post

Email ThisBlogThis!Share to TwitterShare to FacebookShare to Pinterest
Labels: BTWF 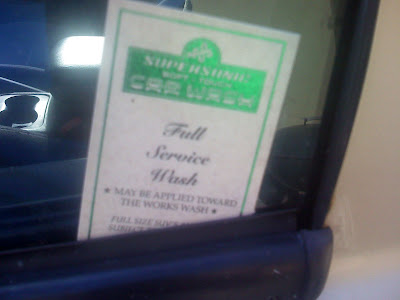 thank you wonderful person who left this in my jeep's window this morning.
last night?
i'm sure you noticed or were part of the crew responsible for the muddy rims.
we are SO excited!!!
Posted by Em at 10:08 AM 5 comments: Links to this post

Email ThisBlogThis!Share to TwitterShare to FacebookShare to Pinterest
Labels: humor 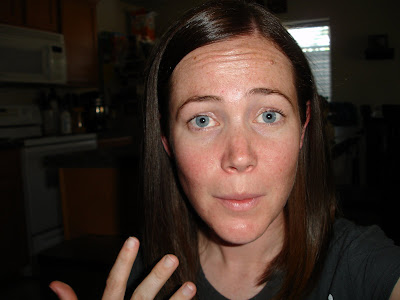 it's june.
what does this mean?
it means i need a shower AFTER i've showered and done my hair.
which reminds me of top gun.
oh top gun!
i'm all sweaty and hot.
do you see my shiny, "reddish" tinted face?
the droplets on my upper lip?
they're there.
it's H-O-T.
weather bug says it's only 75 outside,
but the dryer is going, both of them.
i'm wussy about these things.
and other things too, but we won't go into them today.
Posted by Em at 12:12 PM 11 comments: Links to this post

Email ThisBlogThis!Share to TwitterShare to FacebookShare to Pinterest
Labels: summer

summer in rome?
yes, please.
i give you
emilisq's bloggin' bookies
book choice for
JUNE/JULY!!!! 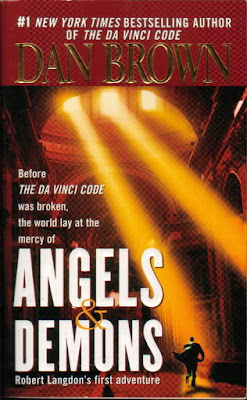 how could you not be excited to get started?!

a popped collar.
spikey hair.
and a shiner. 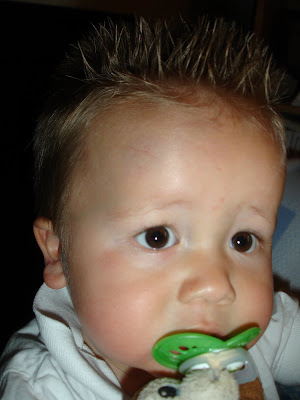 no, not the mafia. 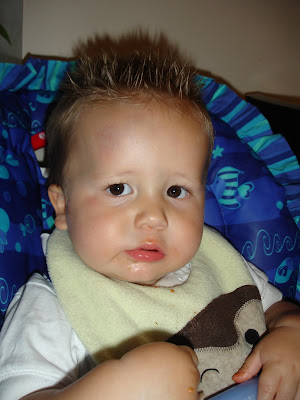 just one wobbly pork loin.
who met the tile last night.
and the asphalt today.
if you look closely you can see 2 different blue marks on the side of his forehead.
motrin please.
what's the word on consecutive days of giving your child motrin and/or tylonel?
Posted by Em at 2:45 PM 5 comments: Links to this post